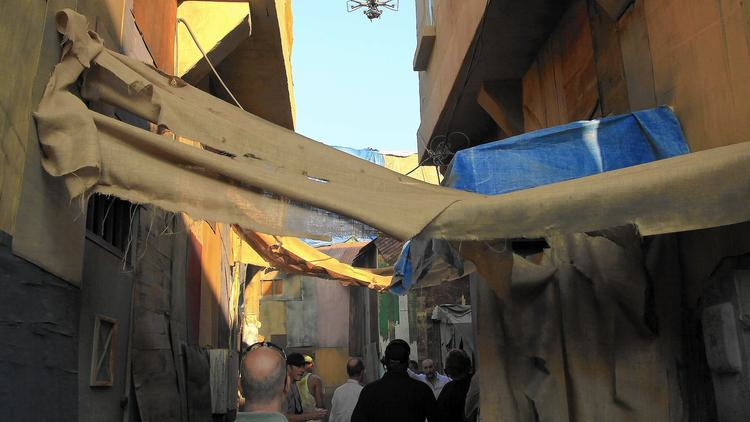 From the Los Angeles Times:

A year after the Federal Aviation Administration cleared the way for their use by the film and television industry, unmanned aircraft systems are becoming popular tools for directors and cinematographers.

Drones aren’t yet ubiquitous — less than 10% of all productions use them. But demand is growing rapidly on film sets because they allow for more nimble filmmaking — and save money. A camera drone and crew costs as little as $5,000 a day, compared with at least $25,000 a day for a helicopter shoot…

…The growing use of drones is changing the way that movies and TV shows are made, giving consumers a new perspective on the action.

Film industry experts say they could open up new possibilities of filmmaking in much the same way that lightweight cameras did in the 1960s with movies such as “Easy Rider” and the Steadicam did in 1970s. That camera-stabilizing system, with its distinctive arm, was famously used in the climbing-the-stairs scene in “Rocky.”