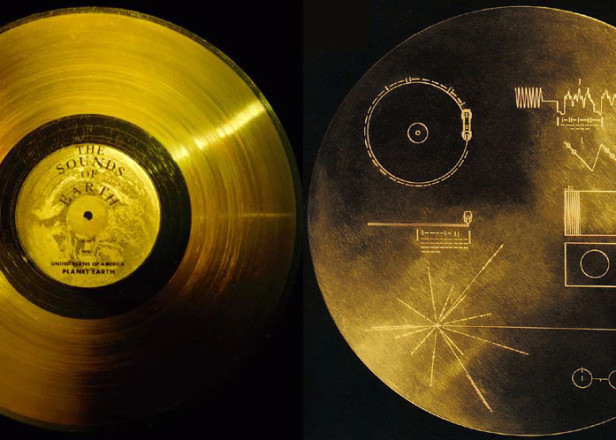 Thanks to Ian for sending in this blog post! Via Fact.

Sounds of the universe.

When NASA launched the two Voyager spacecraft in 1977, the space boffins decided to send out a “cultural handshake” to any intelligent life they might encounter.

The ‘Golden Record’ contains a NASA-approved selection of the world’s sounds and music, from Chuck Berry to erupting volcanoes, Stravinsky to Australian aboriginal song, field recordings of animals to “hello” in 55 languages. Hand-etched on its surface were the words, “To the makers of music – all worlds, all times”.

Earlier this month BBC Radio 3 broadcast a show with the same title showcasing a selection of the amazing sounds included on the Golden Record, which makes for such a bewildering listening experience that frankly it’s no wonder we haven’t heard from the little green men yet.

Stream the hour-long show via BBC iPlayer. If you can’t use iPlayer, you can still hear the sounds separately here. 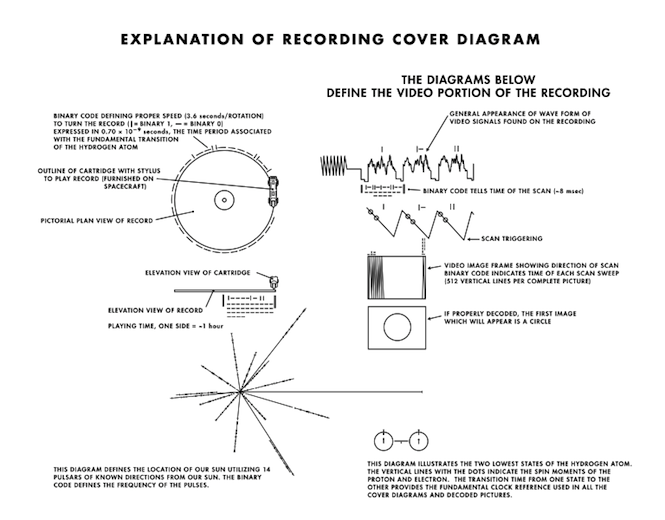