The woman most often known as ‘Ada Lovelace’ was born Ada Gordon in 1815, sole child of the brief and tempestuous marriage of the erratic poet George Gordon, Lord Byron, and his mathematics-loving wife Annabella Milbanke.

Fearing that Ada would inherit her father’s volatile ‘poetic’ temperament, her mother raised her under a strict regimen of science, logic, and mathematics. Ada herself from childhood had a fascination with machines– designing fanciful boats and steam flying machines, and poring over the diagrams of the new inventions of the Industrial Revolution that filled the scientific magazines of the time…

…In 1833, Lovelace’s mentor, the scientist and polymath Mary Sommerville, introduced her to Charles Babbage, the Lucasian Professor of Mathematics who had already attained considerable celebrity for his visionary and perpetually unfinished plans for gigantic clockwork calculating machines. Charles Babbage and Ada Lovelace both had somewhat unconventional personalities and became close and lifelong friends. Babbage described her as “that Enchantress who has thrown her magical spell around the most abstract of Sciences and has grasped it with a force which few masculine intellects could have exerted over it,” or an another occasion, as “The Enchantress of Numbers”. 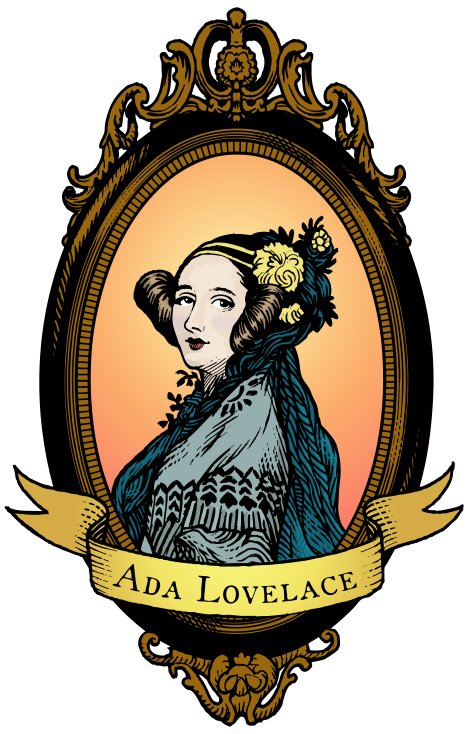