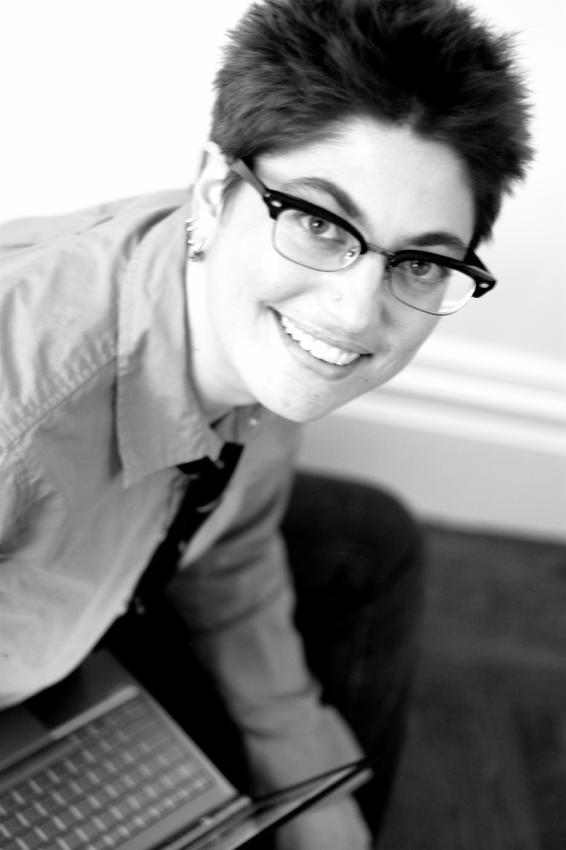 Annalee Newitz is an inspiration for tech bloggers/writers everywhere! From the bio on her site:

Annalee Newitz writes about science, pop culture, and the future. She’s the founding editor of io9, a publication that covers science and science fiction, and is currently the editor-in-chief of popular tech site Gizmodo. She’s the author of Scatter, Adapt and Remember: How Humans Will Survive a Mass Extinction (Doubleday and Anchor), which was nominated for a 2013 LA Times book prize.

She’s also published in The New Yorker, The Atlantic, Wired, The Smithsonian Magazine, The Washington Post, 2600, New Scientist, Technology Review, Popular Science, Discover and the San Francisco Bay Guardian. She’s co-editor of the essay collection She’s Such A Geek (Seal Press), and author of Pretend We’re Dead: Capitalist Monsters in American Pop Culture (Duke University Press). Formerly, she was a policy analyst at the Electronic Frontier Foundation, and a lecturer in American Studies at UC Berkeley. She was the recipient of a Knight Science Journalism Fellowship at MIT, and has a Ph.D. in English and American Studies from UC Berkeley.

Here are a few more salient facts about Annalee:

Read her posts from ion here and Gizmodo here.