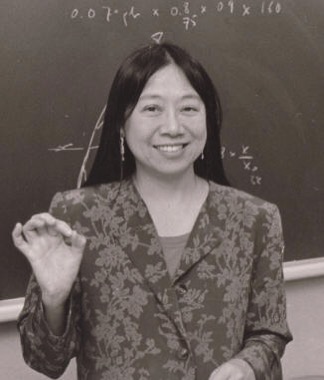 Dr. Sau Lan Wu is one of the most prominent particle physicists working in her field today, as well as a renowned educator at the University of Wisconsin-Madison. She is the recipient of many prestigious fellowships and honors, including being named a Fellow of the American Physical Society in 1992. She and her team played an integral party in the 2012 discovery of the Higgs Boson. She continues her work today at CERN in Geneva. To make a long and impressive story short: Wow.

Check out more about Dr. Wu’s work here on the University of Wisconsin-Madison’s site!

The compelling desire of PI Sau Lan Wu’s research group is to produce exciting physics results i.e. our primary motivation is physics discovery. Based upon this guiding principle, our main topics of research are those with great discovery potential. Wu started this task in 1977 when she joined Wisconsin as an assistant professor. In her career so far, she has participated in three major discoveries, in two of which she played a leading role, the gluon and the Higgs boson.

(1) Discovery of the Charm Quark in 1974. As a post-doc at MIT, she was one of the very active participants of the experiment that led to the discovery of the J/ψ particle at Brookhaven, first evidence of the charmed quark. For this discovery, her supervisor, Professor Samuel Ting, shared the 1976 Nobel Prize with Professor Burton Richter.