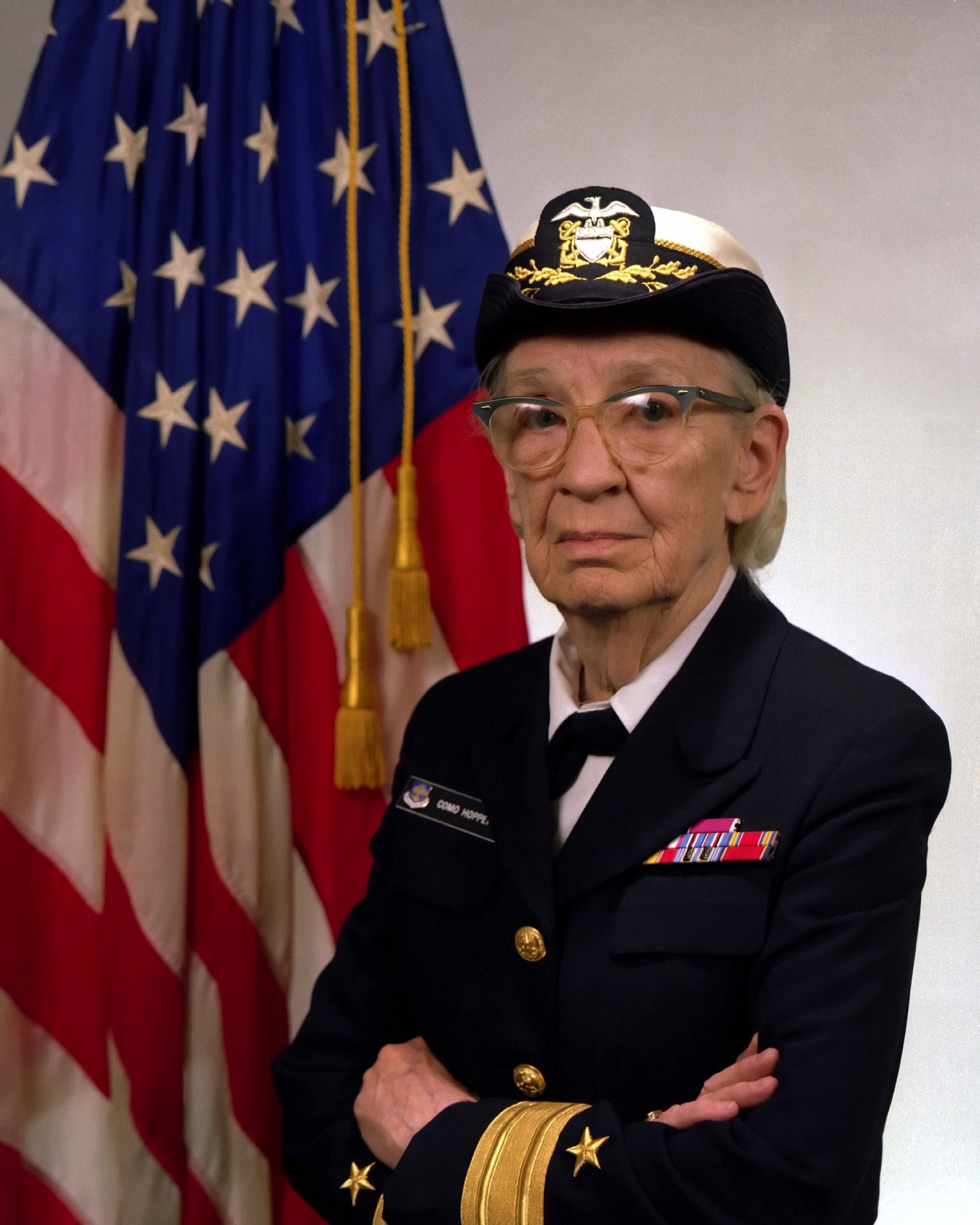 Grace Hopper is an inspiration to many! via wikepedia

Grace Brewster Murray Hopper (December 9, 1906 – January 1, 1992), née Grace Brewster Murray, was an American computer scientist and United States Navy Rear Admiral… She was one of the first programmers of the Harvard Mark I computer in 1944, invented the first compiler for a computer programming language, and was one of those who popularized the idea of machine-independent programming languages which led to the development of COBOL, one of the first high-level programming languages. She is credited with popularizing the term “debugging” for fixing computer glitches (in one instance, removing a moth from a computer… Owing to her accomplishments and her naval rank, she is sometimes referred to as “Amazing Grace”… The U.S. Navy Arleigh Burke class guided-missile destroyer USS Hopper (DDG-70) is named for her, as is the Cray XE6 “Hopper” supercomputer at NERSC.

The Anita Borg institute and The Association for Computing Machinery host a Grace Hopper celebration of women in computing conference each year with thousands of attendees! This years conference takes place October 14th through the 16th in Houston Texas.

Also, be sure to check out this great video from FiveThirtyEight

“The Queen of Code“, a look at Navy admiral & computer scientist Grace Hopper.