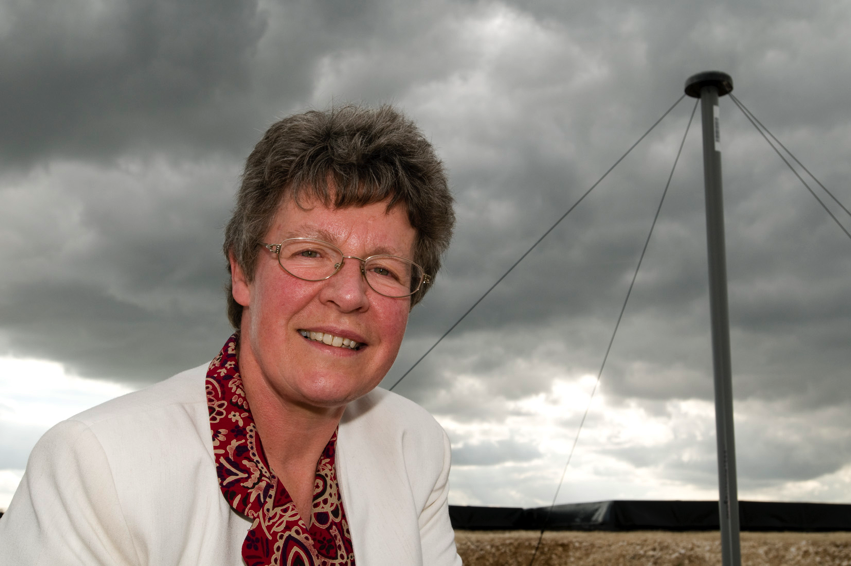 Jocelyn Bell Burnell is a British astrophysicist who is famous for her discovery of the first radio pulsars with her thesis supervisor Antony Hewish, for which Hewish shared the Nobel Prize in Physics with Martin Ryle. via pbs.org

“I started by failing,” quips Jocelyn Bell. Born in Belfast, Northern Ireland, Susan Jocelyn Bell took an examination at age 11 as part of Britain’s stringent requirements for pursuing higher education — and failed. It spurred her family to send her to a boarding school in England for a second chance. The school had little in the way of science equipment, but it had a very inspiring physics teacher. Her family, too, encouraged her. Their heritage as Friends, or Quakers, included strong support of women’s education. Her parents also had wide ranging interests. Her father, an architect, had been a finalist in a radio quiz show “Brain of Britain”! Of all his books, those on astronomy intrigued Bell the most.

Bell studied physics at Glasgow University and entered Cambridge University as a graduate student, assisting Anthony Hewish with his research. Hewish and his research assistants built an enormous radio telescope to study quasars. In 1967 Bell, analyzing literally miles of print-outs from the telescope, noted a few “bits of scruff” that seemed to indicate radio signals too fast and regular to come from quasars. She and Hewish ruled out orbiting satellites, French television signals, radar, finally even “little green men.” Looking back at some papers in theoretical physics, they determined that these signal must come from rapidly spinning, super-dense, collapsed stars. The media called these collapsed stars pulsars and jumped on the story.

Soon after her discovery, Bell married and changed her name to Burnell. Her husband was a government employee, and his career took them to various parts of England. She worked part-time for many years while raising her son. During that time she studied almost every wave spectrum in astronomy and gained an unusual breadth of experience. At Southampton University she held a research fellowship in gamma ray astronomy, held research and teaching positions in x-ray astronomy at the Mullard Space Science Laboratory in London, and studied infrared astronomy in Edinburgh. She did not share the Nobel Prize awarded to Hewish for the discovery of pulsars, but received many other medals and awards from American and British scientific bodies. She most recently became a full-time professor at the Open University, a “second chance” for many nontraditional students.