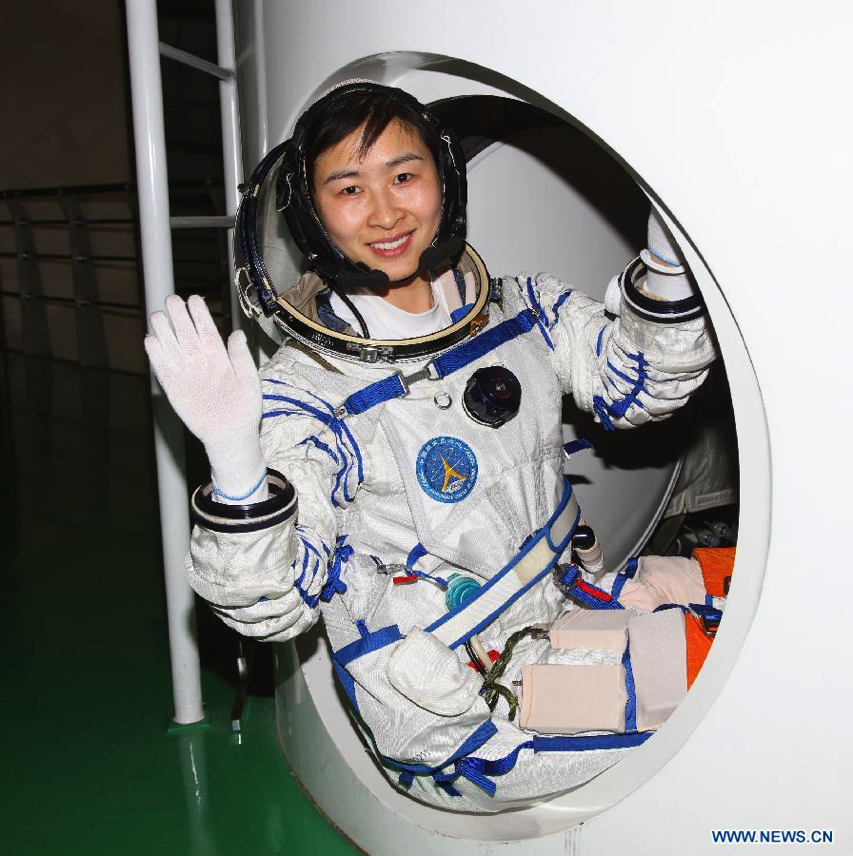 Liu Yang was China’s first female astronaut. During her time in space she performed experiments in space medicine. via livescience

Liu lives in Beijing, but hails from the central Chinese province of Henan, a relatively poor but heavily populated agricultural region. According to Xinhua, the official state news agency, she is an eloquent speaker, an avid reader and a lover of cooking. She is also married, as per the China space program’s requirements. According to the newspaper China Daily, female Chinese astronauts must be married and preferably be mothers, because of concerns that higher levels of radiation in space would “harm their fertility.”

Liu began reaching for the skies just after high school, when a teacher persuaded her to enroll in an aviation school. Since enlisting in the People’s Liberation Army (PLA) Air Force in 1997, she has logged 1,680 hours of flight time, earning the rank of major and deputy head of a flight unit. State media once praised her courage after she safely landed her fighter jet following a collision with a bird that covered the cockpit glass with blood, Reuters reported. She also won first place in a military speech contest.

The pilot was recruited into China’s second class of prospective astronauts in May 2010. After two years of arduous training, she excelled in testing — Chinese astronauts must score perfectly on a series of tough examinations — and was selected this March as a candidate to crew the Shenzhou-9.

Wu Ping, spokeswoman for China’s manned space program, said having Liu Yang on board will not only help the country’s aspiring space program test equipment designed for women in preparation for the building of an orbiting space station, but it will also expand the social impact of human space missions. Echoing a famous Chinese proverb, Ping said, “Women hold up half the sky. Human space missions without women are incomplete.”