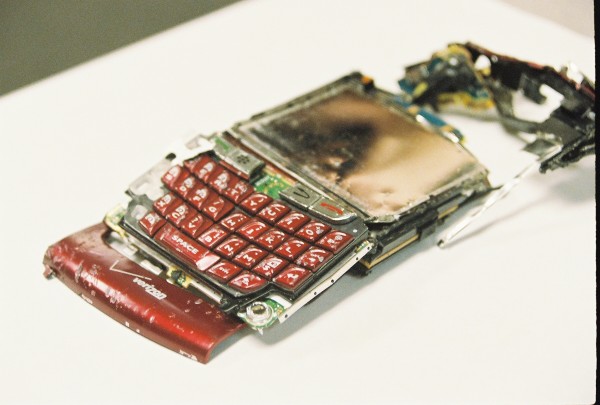 Motherboard has a great article on what the recently finalized Trans-Pacific Partnership (TPP) trade agreement could mean for tinkerers, makers, security researchers, and more.  Unfortunately the outlook is quite grim:

The finalized copyright chapter of the TPP, leaked on Friday by Wikileaks, reveals that under the agreement, “judicial authorities shall, at least, have the authority to […] order the destruction of devices and products found to be involved in” any activity that circumvents controls that manufacturers build into their software or devices, known as Digital Rights Management (DRM) technology.

“As a result,” Jeremy Malcolm, senior global policy analyst for the Electronic Frontier Foundation, wrote me in an email, “those who are tinkering with their own legally-purchased digital products will be at risk not only of financial penalties, but also having their equipment seized and perhaps destroyed.”

This means that if you use your laptop to rip a DVD movie, your computer could be seized or even destroyed by authorities, Vivek Krishnamurthy, a cyberlaw instructor at the Berkman Center for Internet and Society at Harvard, told me over the phone. Even more importantly, he said, security researchers—experts who hack cars and other consumer goods to make sure hardware and software is secure—could be prevented from doing their jobs.

A future where makers who are a little too curious have their creations confiscated and destroyed sounds like something out of George Orwell’s 1984, but unfortunately is a very real possibility of becoming reality with TPP.  Because TPP was approved for ‘fast track’ it requires little oversight from Congress to be approved–only a simple majority yes / no vote will decide its fate.

If you feel TPP in its current form will do more harm than good it’s imperative to make your voice known to the Congressional representatives and senators who will vote on the agreement.  Check out this page from the EFF for information on how to contact Congress and tell them your concerns.

White Hat Hackers Would Have Their Devices Destroyed Under the TPP

Filed under: hackers — by Tony DiCola

Comments Off on TPP Threatens Tinkerers, Makers, Researchers and More