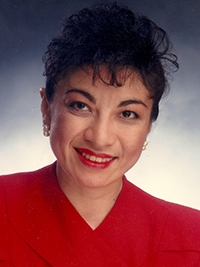 Margarita Colmenares, one of America’s most accomplished environmental engineers and leading education advocates, discovered engineering by accident. While in high school, she was directed by her counselors to take courses in typing, shorthand, and adding machines because she was “not smart enough to take algebra.” She proved them all wrong.

Margarita Hortensia Colmenares was born in Sacramento, California, on July 20, 1957, the eldest of five brothers and sisters. Her parents—Luis Colmenares, a laborer, and Hortensia Colmenares—had come to the United States from Mexico a few years earlier in search of a better life for themselves and their future family.

Colmenares became a foreign training liaison representative for Chevron in 1983 and set up training assignments for engineers from Saudi Arabia, Indonesia, Venezuela, and other countries. In 1985, she became an environmental compliance specialist for Chevron in Houston, Texas. 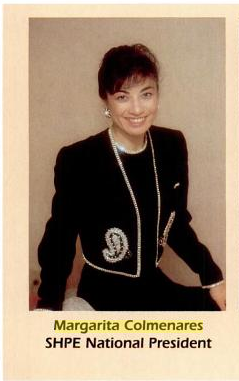 Upon graduation from Stanford, she organized and was elected founding president of the San Francisco chapter of the Society of Hispanic Professional Engineers (SHPE), a nonprofit volunteer organization. It provides role models, financial assistance, and inspiration to aspiring Hispanic-American engineering students. Over the next 10 years, she served in various leadership positions for the organization and was elected its national president.

In 1993, the summer following President Bill Clinton’s election, Colmenares was appointed director of corporate liaisons for the U.S. Department of Education. Her job was to work with business leaders and organizations from across the United States and try to engage their support for education.