Unlock A Door With Your Fingerprint 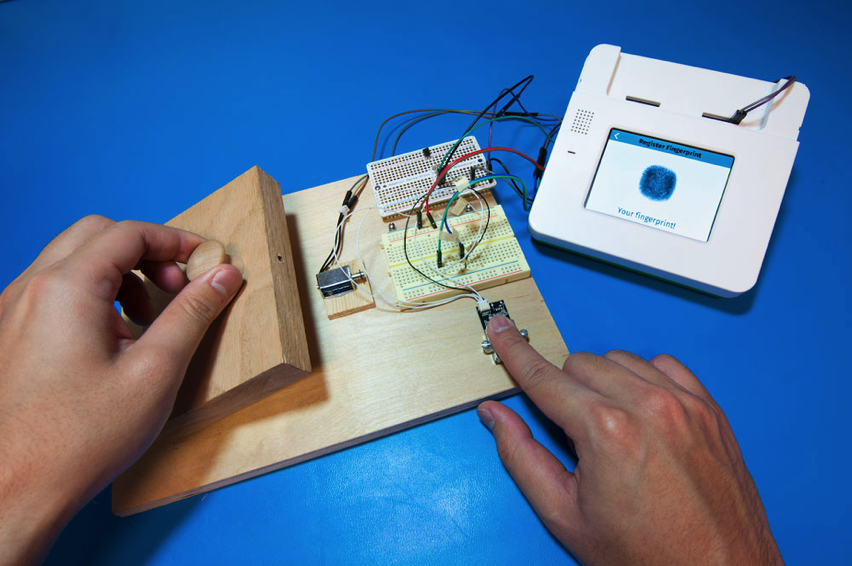 How to build a fingerprint controlled lock. via instructables

We built a biometric fingerprint-controlled lock prototype. A fingerprint scanner is used to capture and store the fingerprints of authorized users. When the scanner recognizes a user, a solenoid plunger disengages and opens the lock.

Parts List:
The fingerprint scanner module is powered by an ARM Cortex M3 CPU, which controls the on-board optical sensor and fingerprint recognition. Fingerprints are stored and processed by the module, which supports a UART protocol for communicating with a host application. The solenoid is powered from Kinoma Create and controlled by a digital output pin.

Comments Off on Unlock A Door With Your Fingerprint