A new edition of Adafruit’s comic reading list — this week it’s As the Crow Flies by Melanie Gillman, written up by Lucas from the Kitting Department! 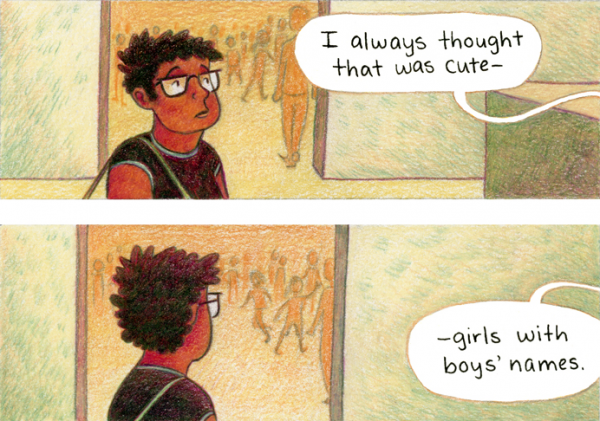 As The Crow Flies is a webcomic about intersectionality. The author Melanie Gillman is a self described “queertoonist” who is a color pencil master. The comic centers around “Charlie” a 13 year old queer girl who is black.

Charlie’s parents have dropped her off at a christian women’s youth empowerment camp. She is the only black girl on the camping trip. The comic is, by my reading, largely a response to the controversial issues partially popularized by the equally controversial New Yorker article on the subject, the main content of which is a conflict between “Radfem” feminist groups and Trans rights advocates/activists. Do cisgender people –a person whose self-identity conforms with the gender that corresponds to their biological sex — have distinct life experiences from trans women? 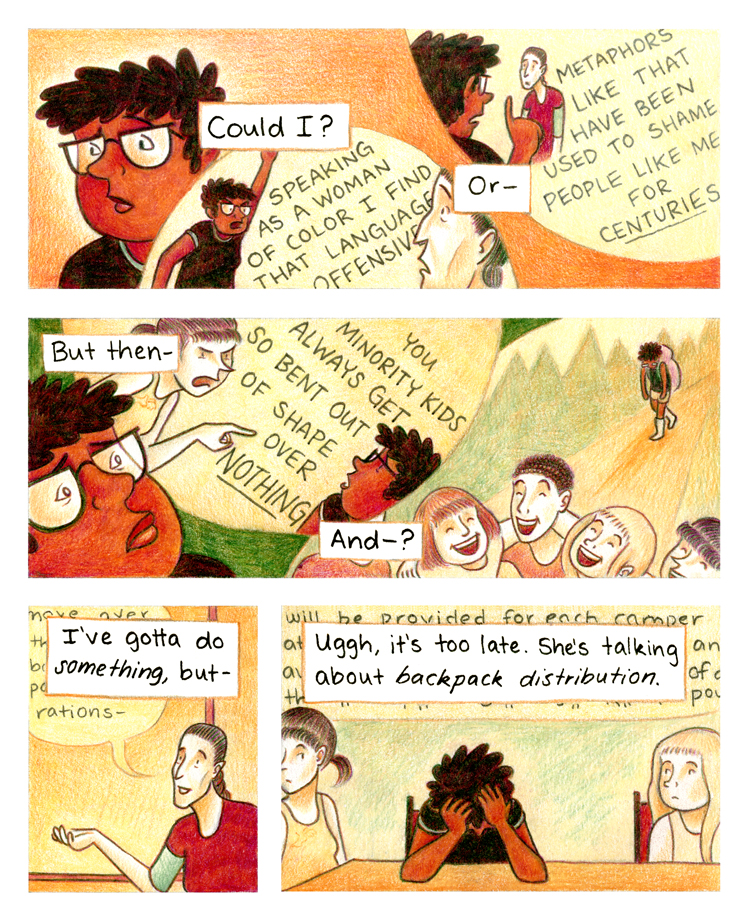 The tough question comes down to application when it becomes a choice of exclusion or inclusion for or against trans women in programs of empowerment and understanding for cisgender women. The New Yorker article cites a Michigan feminist event “Michfest” in which women camp together and live in a matriarchal setting, free from the presence of male gaze, male aggression, or the patriarchy of the outside world.

The conviction of some that trans women would change the character of the space led to aggressive behavior from those on both sides of the debate and arguably was the defining reason that the festival that occurred this summer is purportedly the last Michfest. The conflict around the issue goes back to the early nineties but (slight spoiler alert) Gillman’s comic ATCF is proving to be a poetic examination of the subject which had flared up more in recent years. 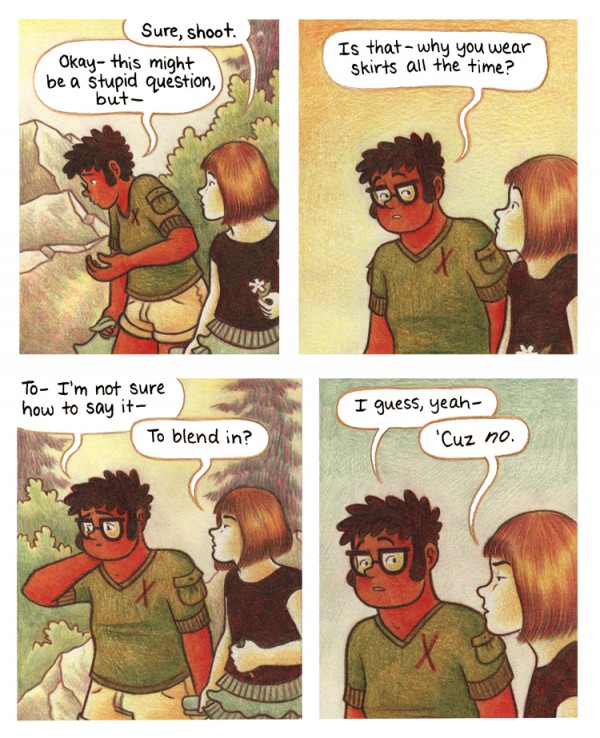 Gillman utilizes simple yet distinct character design that both allows for clear personality traits yet leave their characters open to the literary paintbrush they deftly wield. A simple, humble, paired down style and relatively straightforward paneling gives the comic the feel of being a childhood memory that anyone could have be their own. The places where the paneling diverges from its established layout seem to occur mostly when Charlie is in thought. 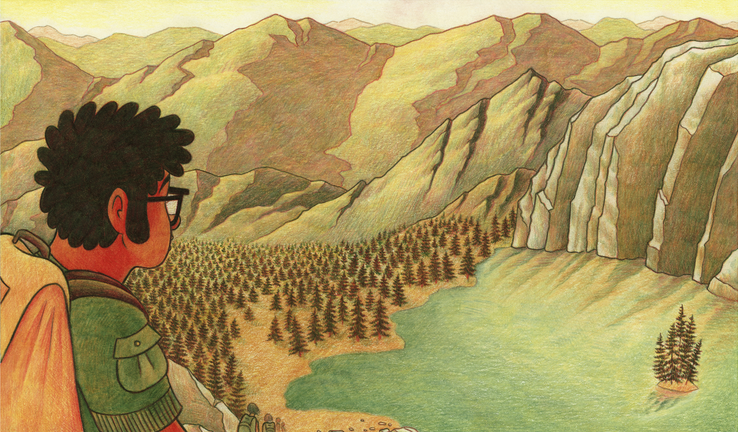 This detail gives the inner workings of the character a character of their own which a simple thought bubble or “voiceover” box alone cannot match. The simplicity of the overall look of the comic is an illusion by design, Gillman is a master with the colored pencil.

What at first seem like caricatures of rocks or mountains reveal themselves to be expertly textured and well considered executions to fit the chosen style. How Charlie and the other campers will come to terms with their assumptions and beliefs will constitute the meat of the material to come, so the time to jump on board is now. 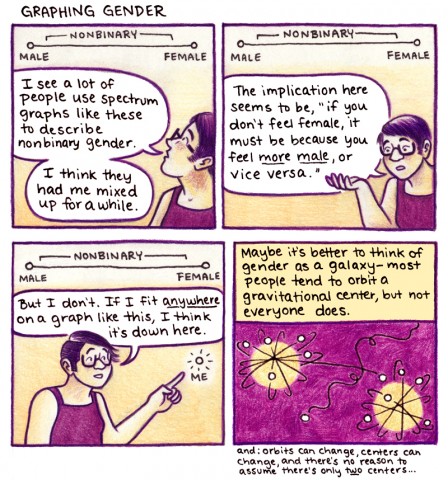 It is important to note that though webcomics are free to read does not mean they are without cost to the creator. Gillman goes through a box of colored pencils per page and works full time so the updates are not as frequent as some would like… But this is all the more reason to donate to artists doing great work. So if you end up enjoying any webcomic or just want to support important artistic examination of social issues please consider the value of the media you consume.

Good reading and I hope you enjoy As The Crow Flies.

Comments Off on Adafruit’s comic reading list: As the Crow Flies by Melanie Gillman #adafruitcomics