Spartacus Costume Made with Craft Foam and Sweatpants 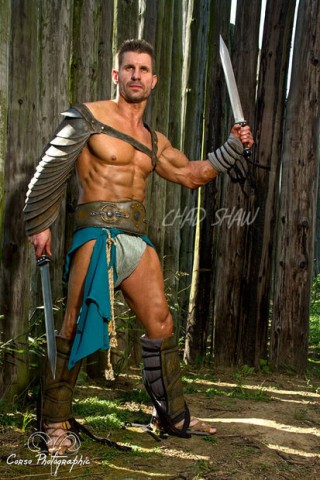 Instructables user corsophoto was inspired by Starz’s Spartacus to make a costume, and he was very resourceful in bringing the look to life. He wanted the look of the costume to be accurate, so he researched Roman gladiators and ended up mixing the outfit from Spartacus with a Thraex style gladiator armor. He wasn’t sure where to start with the armor but found inspiration when he found black foam sun visors at the craft store. He explains:

It was weeks before I began to build the costume, still not knowing how to fasten it all together. There were so many pieces. I googled (which brought me to Instructables) and looked on Pinterest, and finally got up the mojo to start. The shin guards are made out of foam floor mats, the ‘leather’ straps are thin craft foam, the sword is foam, the belt is foam, almost everything is foam except for the material around my waist, calves, and wrists; those are old t-shirts. The material around my waist was a dress that belonged to my girlfriend, she willingly sacrificed it because that was the only material around in that color. For the end of the sword to the deflector on the shield, I used dog toys. I used shoelaces to bind the manica and craft rope as the designs, along with a plastic roman coin to glue on the center of the belt. I took tons of pictures of the process with my cellphone, so apologies in advance about their quality! Once I began painting, gluing, and heat-gun bending the pieces, the rest began to flow. Piece after piece went smoothly until I had the entire thing from shoes to manica. Just putting it on took 20 minutes! We got lucky because we had to buy very little, we had most of this laying around the house. We had to buy all of the foam involved and the glue, and that’s it.

See a full supply list and how everything came together in the tutorial at Instructables. 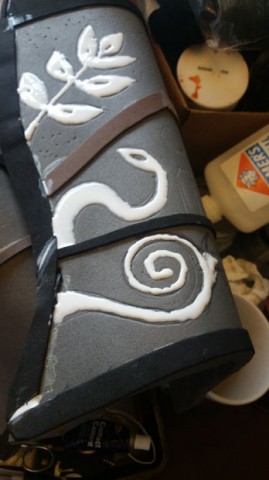 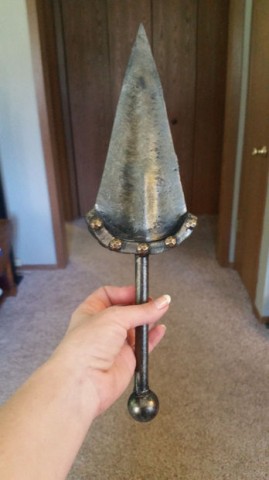 Comments Off on Spartacus Costume Made with Craft Foam and Sweatpants