A new edition of Adafruit’s comic reading list — this week it’s Strong Female Protagonist by Brennan Lee Mulligan and Molly Ostertag, written up by Zay of the Shipping Group!

As the Adafruit Comic Book Reading List has demonstrated, comics are a medium. Mysteries, science fiction, romances, those are all genres. And while many people associate comics with superhero stories, superhero stories are a genre as well, with its own set of tropes, traditions, expectations, and subversions. 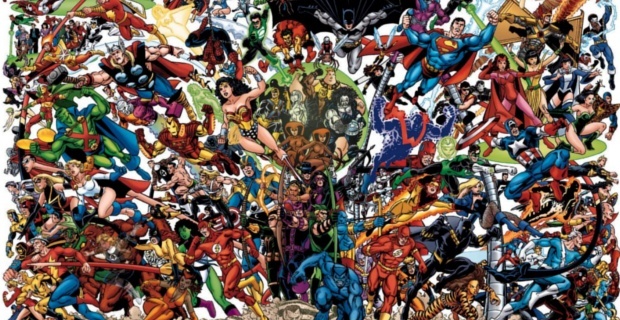 Inside of genres are sub-genres, and one of the most satisfying, challenging, and humane superhero sub-genres is the post-superhero or “realistic” superhero genre — things like Watchmen, The Incredbiles, and Ex Machina.

In these stories the world itself — with its psychological, political, and economic exigencies — succeeds at taking superheroes apart far better than Lex Luthor or the Joker ever could.

Strong Female Protagonist can stand with anything else in the post-superhero genre and has the added benefit of, a strong female protagonist.

The title put me off at first. It’s so self-consciously meta it seemed as if it could be the sort of thing even Joss Whedon would think was too cutesy. As it turns out, Mulligan and Ostertag’s work is earnest and relatable, smart and political.

Its appeal doesn’t rely on any knowledge of superheroes. This isn’t a story written just for geeks. Strong Female Protagonist is about Alison, a smart, a college-aged, politically aware woman with super-powers. Alison’s discovered that beating up “bad guys” doesn’t actually change the world. What she doest next is the story of the series. 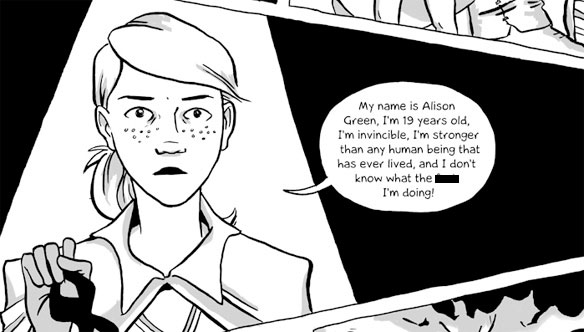 These are the sorts of questions post-superhero stories ask. There are superheroes in the world, but the world’s still a horribly unjust place, filled with the privileged and the unprivileged, evil on both a grand and subtle level, hypocrisy, economic disparity, and a general continued modern malaise. Even if you can move a mountain with your bare hands, does that really help? What does saving the world mean?

But Strong Female Protagonist isn’t just about big ideas and existential spandex-clad handwringing. It’s also about people, love, life, loss, and making it through college with a sense of humor intact.

In an early sequence Alison finds herself at a protest. The world knows the used to be Mega-Girl, so everywhere she goes people react to both her celebrity and the terrifying fact of her powers. But she’s also a nice young person, just trying to make her way through the world. It’s dissonant. 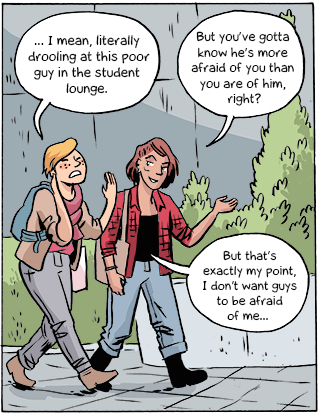 At the protest her friend Victoria throws a rock at a police officer, even though the police are being aided by Furnace, a “super hero” Alison knew from the old days. Victoria trying to instigate a confrontation between the police, knowing that whatever Alison might feel about the protest itself, she won’t let Furnace or the Police hurt anyone. The sequence ends like this: 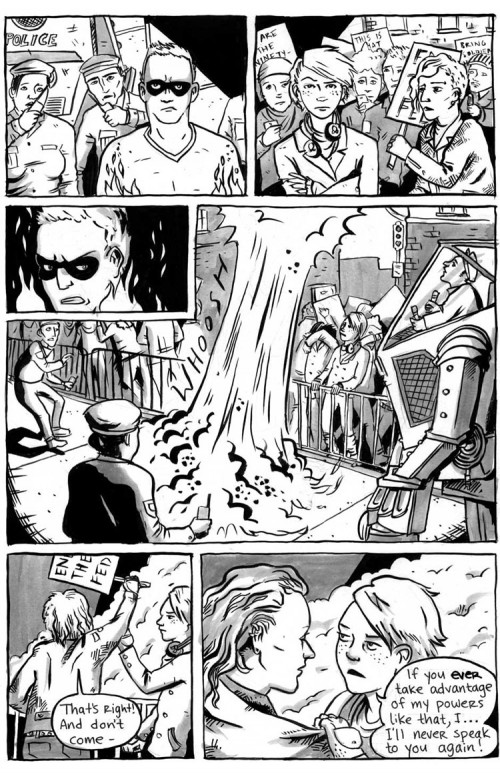 This is the sort of stuff Alison need to navigate. And that’s just the beginning. This the post-superhero comics used to address deeply personal and political issues. Comics at its best, and it’s the series that proved to me web comics can be as rich and complex as anything else.

The story is ongoing, and all issues are available online from issue one. 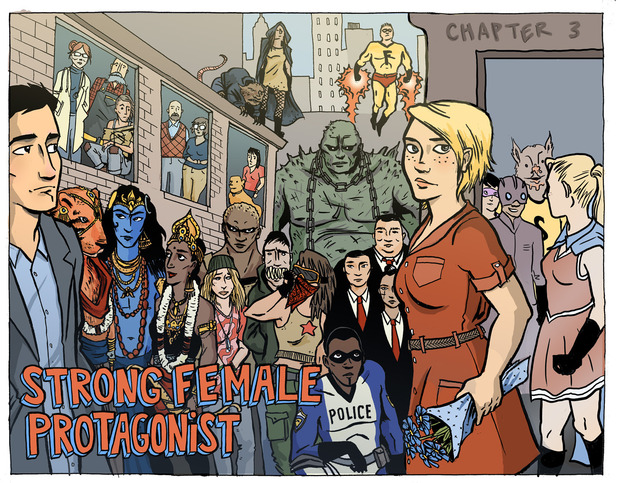 Check out our previous posts Bee and the Puppycat, Spacetrawler, Grrl Power, Krazy Kat, She-Hulk, King City, The Whiteboard, Hubris, Akira, The Wicked and the Divine, Saga, Are  You My Mother?, Cairo,  Static, Elfquest, Hip Hop Family Tree, Finder, Peanuts, Love and Rockets, As the Crow Flies, and Hellblazer!