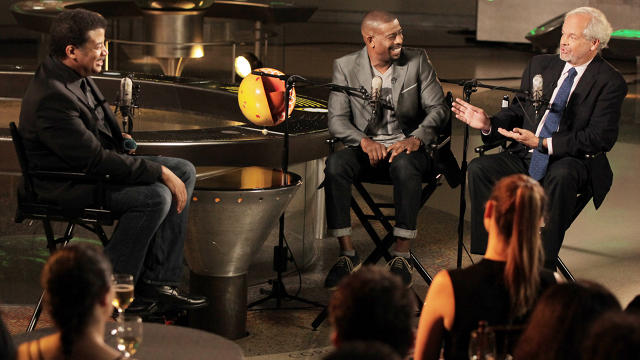 Tyson believes pop culture is not only a gateway to introduce more people to science and its possibilities, but a gauge of rising interest in the subject, despite jaw-dropping gems from political leaders and pundits suggesting otherwise.

“There’s evidence that science is trending—the popularity of the NASA missions, blockbuster movies where science is a driving force, award-winning biopics about scientists, like The Theory of Everything, Steve Jobs, and The Imitation Game,” says Tyson. “I’m told there’s one in the making of Carl Sagan. That couldn’t have happened unless there was major studio confidence in financial returns. The Big Bang Theory is the top show on TV. Comic-Con has hundreds of thousands of people attending each year, when it used to be a sleepy event that only a few weird people attended. I have 4.5 million Twitter followers. How the hell did that happen?