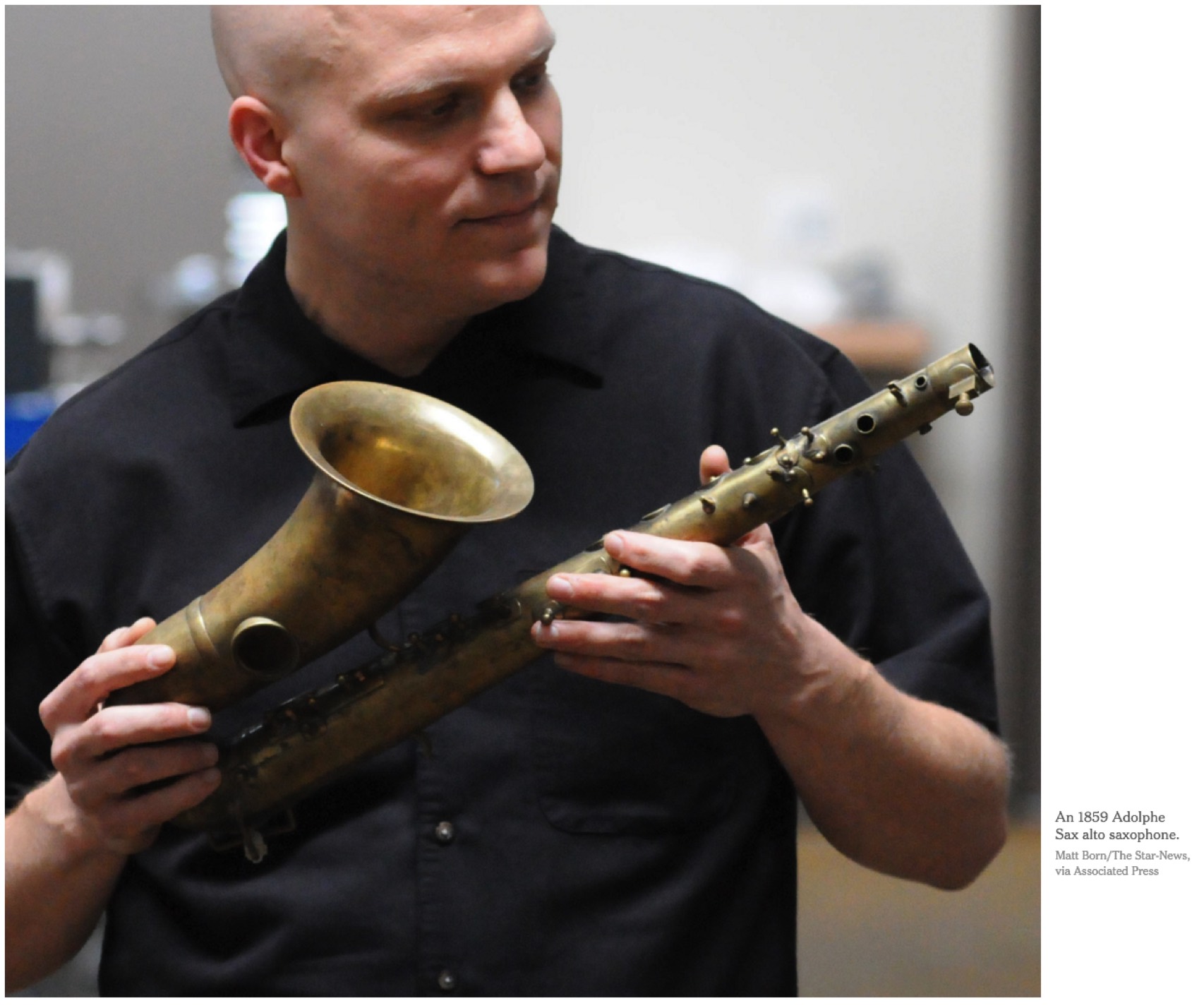 Saxophone’s History as ‘The Devil’s Horn’ : NPR via NYTimes –

The inventor of the saxophone, Adolphe Sax, was born on this day in 1814 in Belgium.

Mr. Sax patented his family of valved brass instruments in 1846, as militarism was sweeping Europe. The new horns were a hit with military and other wind bands.

He created other musical instruments, like the saxotromba, saxhorn and saxtuba, by blending features of existing ones in unexpected ways.

Mr. Sax was eventually bankrupted by lawsuits brought against him by competitors challenging his patents, and he suffered disfiguring accidents, assassination attemptsand a cancerous tumor on his lip.

The biggest issue for Adolph Sax right after he invented the horn was that his saxophone threatened to put out of business all sorts of other instrument makers. The saxophone is so flexible in its sound, it can sound like an oboe, a bassoon, a French horn, a flute. You can do all sorts of things with it. And when he won his contract to have the saxophones placed in the French military ensembles he obviously was going to put out of business a lot of people. So you’re right, they formed this Association of United Instrument Makers and they twice tried to kill him. They burned down his factory, as you say. And that legacy seems to have followed the saxophone right up until the present. It just gets people’s goats.

But interestingly, the saxophone ended up empowering three very disenfranchised groups in America and they would be African-Americans, women and children. It wasn’t really until the soloists broke out of the dance bands–and they would be Coleman Hawkins and Chu Berry and Ben Webster and Mayor Lester Young–that the saxophone really found the voice that we think of today.

Something very similar happened with women in the teens. It was considered impolite for women to play an instrument in public, and yet in the teens around the time of the suffrage movement, women formed in America all-female, all-saxophone bands of four, eight, 12, 20 saxophones.

Filed under: music — by adafruit