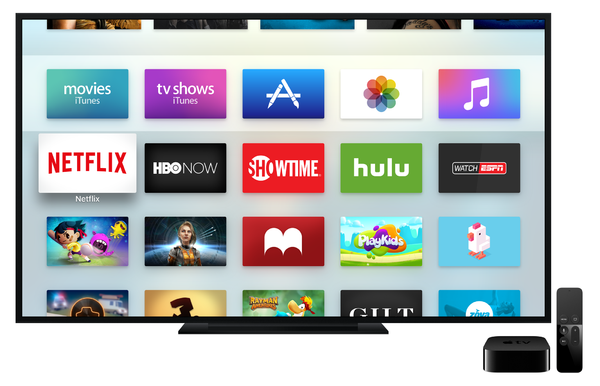 The New York Times did a piece on Apple TV – Adafruit has an Apple TV channel now also!

I NEVER imagined I would get hooked on reading comic books on a TV screen. That changed last week after I picked up a new Apple TV.

The new device, which is similar to a set-top box and brings video and music from the Internet to a television, now has an app store. So I downloaded Madefire, one of the first apps available for the new device. Madefire adds a twist to digital comics with sound effects, music and motion, bringing the panels to life on the big screen. Within minutes, I was bingeing on a series about Superman turning into a corrupt dictator.

Playing with apps is just one new feature of the revamped Apple TV, which will ship this week. It’s that plethora of innovations and apps that leads me to conclude that the upgraded $149 box is now the best TV streaming device you can get for your money.

You can trust me because after testing hundreds of new devices for nearly a decade in this line of work, I’m usually blasé about products. My editor was concerned that body snatchers had taken me when I said I was positive about Apple TV. But I reserve excitement for products that I think will make a difference, this being one of them.