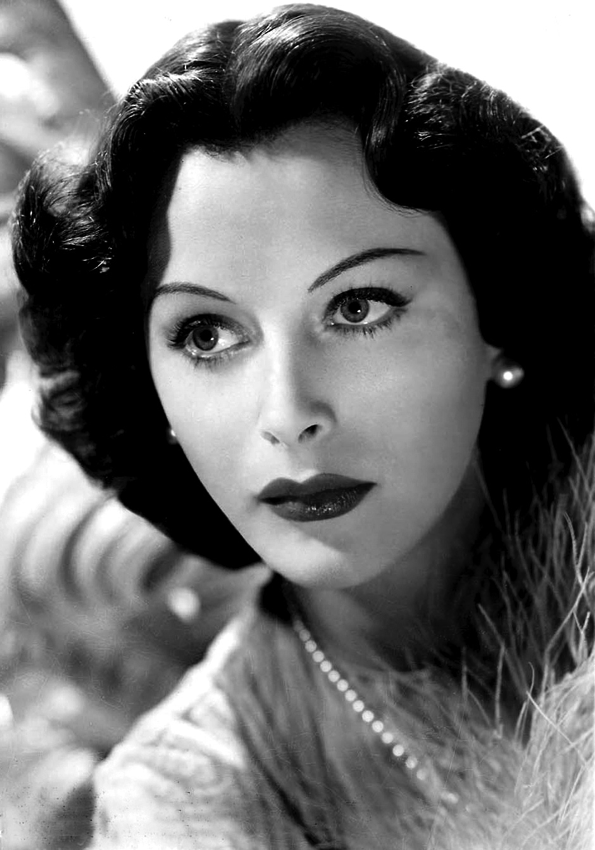 Hedy Lamarr was an Austrian and American film actress and inventor. After an early and brief film career in Germany, which included a controversial love-making scene in the film Ecstasy (1933), she fled from her husband and secretly moved to Paris. There, she met MGM head Louis B. Mayer, who offered her a movie contract in Hollywood, where she became a film star from the late 1930s to the 1950s.

Lamarr appeared in numerous popular feature films, including Algiers (1938) with Charles Boyer, I Take This Woman (1940) with Spencer Tracy, Comrade X (1940) with Clark Gable, Come Live With Me (1941) with James Stewart, H.M. Pulham, Esq. (1941) with Robert Young, and Samson and Delilah (1949) with Victor Mature. Director Max Reinhardt called her the “most beautiful woman in Europe,” a sentiment widely shared by her audiences and critics.

At the beginning of World War II, intent on aiding the Allied war effort, Lamarr identified jamming of Allied radio communications by the Axis as a particular problem, and with composer George Antheil, developed spread spectrum and frequency hopping technology to defeat it. Though the US Navy did not adopt the technology until the 1960s, the principles of her work are now incorporated into modern Wi-Fi, CDMA and Bluetooth technology, and this work led to her being inducted into the National Inventors Hall of Fame in 2014.

Comments Off on Happy 101st Birthday to Hedy Lamarr! #WomenInSTEM