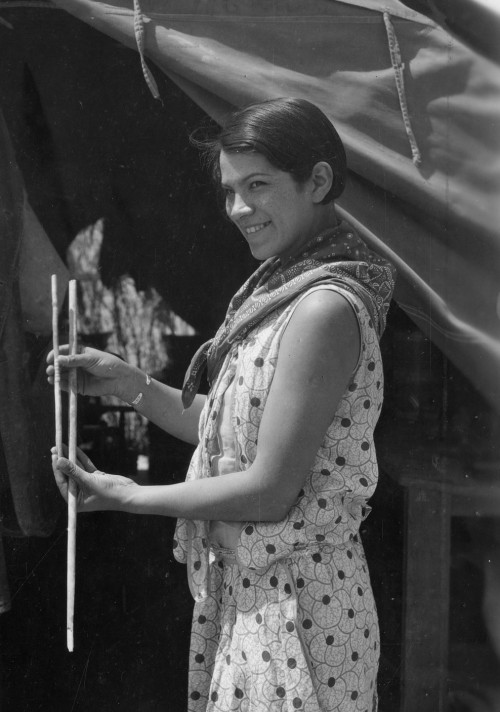 Bertha Parker Pallan is notable in the field of archaeology for her role as a ground-breaker: she was one of the first (if not the first) Native American female archaeologists. She was certainly first in her ability to conduct this work at a high level of skill, yet without a university education, making discoveries and gaining insights that impressed the trained archaeologists around her.

By 1927 Bertha Parker Pallan was participating in excavations. During a 1929 expedition she discovered the pueblo site of Scorpion Hill . She excavated the site herself, taking notes, photos, and later publishing the results; the finds were exhibited in the Southwest Museum.

Bertha worked at Gypsum Cave in 1930, a site promoted as having the earliest evidence for human occupation of North America during the Pleistocene. She discovered the skull of a species of extinct giant ground sloth, Nothrotherium shastense Sinclair, alongside ancient human tools. Harrington noted that the find was the most important one of the expedition, because it drew the support of additional institutions, notably the California Institute of Technology and later theCarnegie Institution of Washington.

From 1931 to 1941, Bertha worked as an Assistant in Archaeology and Ethnology at the Southwest Museum. She published a number of archaeological and ethnological papers in the museum journal, Masterkey, from the early 1930s through the 1960s. These included papers such as “California Indian Baby Cradles”, “Kachina Dolls” and several articles on the Yurok Tribe, including “Some Yurok Customs and Beliefs”.