But really there were always types of cool in the superhero world. Especially in the 90s. The cool kids read X-Men. The rebellious kids read Teen Titans. And the nerdy reject broken toy kids read Legion of Super-Heroes.

They have a ridiculous name. They’re from the distant future. Their history is so confounding that for a period of time writers shunted their entire backstory into a pocket universe.

I don’t care. I loved them. Is still love them. All of them. Why? Look at them.

The Legion of Super-Heroes is a 30th century multi-cultural, multi-ethnic, cross-species civilian emergency response team of powered teenagers funded by a shape-changing alien who chooses to look like Wilford Brimley.

When I started reading the book, the Legion had been around for over 30 years. It had a rich history that was impossible to understand without buying every back issue and I was left with an enormous group of teenager superheroes whose past lives and loves and secret origins had to be pieced together like clues in a mystery — but the picture was never complete. So their story seemed endless.

Because they had such a long history, many of them had died, which lent an air of sadness and nostalgia to their adventures. Something that just wasn’t present in other superhero comics at the time. Not even Superman knew all of them. 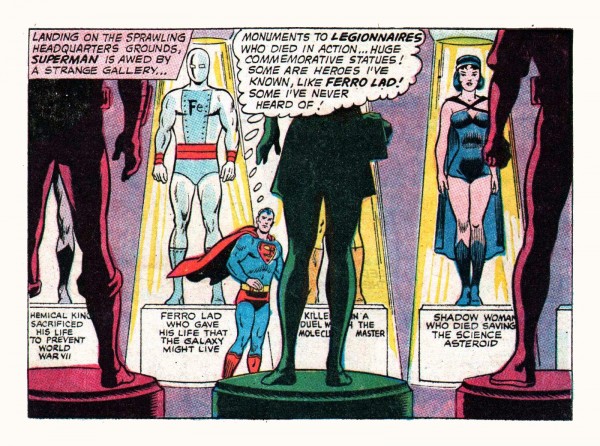 For almost all of the 80s Legion of Super-Heroes was written by Paul Levitz and drawn by Keith Giffen. The comic was always superheroes as soap opera, but Paul Levitz’s work in the form is at least as strong Christ Claremont on X-Men or Marv Woflman on Teen Titans, and Levitz had a much more diverse cast with which to work.

Paul Levitz found the core relationships within the group, using the internal dynamics of friendship and love to shape stories rather than the predictable cycle of good guy/bad guy conflicts. Levitz devotes entire issues to a couple characters sitting around a campfire talking things out, or a father and son going on a journey of redemption on their home planet, or plainclothes nights out on the town.

Levitz knew what the readers felt: the Legion is a family. 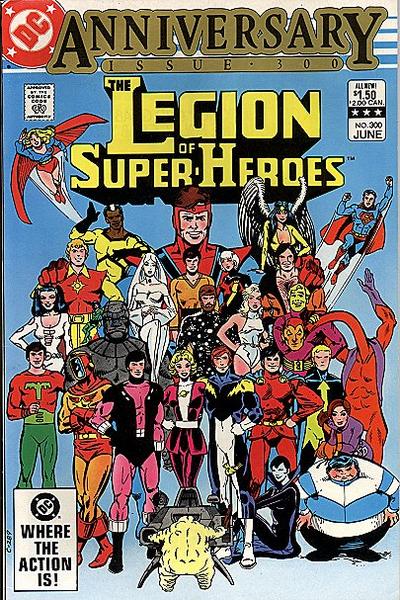 That’s why the cover looks like a family photo. The characters have known each other forever. They’re deeply emotionally in vested in each other, and even as the cast changed and grew, the endearing vibe remained.

Paul Levitz’s entire run is available right now. It’s bright, classic sueprhero stuff — so if you don’t like that, you won’t like this. A great place to start is The Great Darkness Saga. Levitz is firing on all cylinders, and Keith Giffen adopts an impressionistic style that leans on abstraction and shadow to give a kinetic neo-Kirby style. 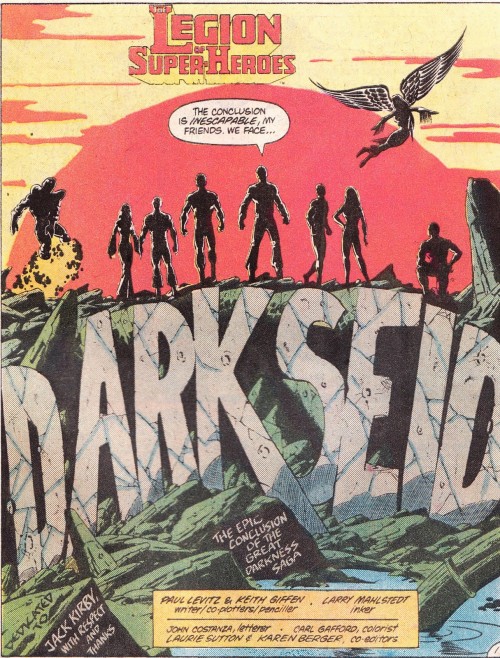 Levitz is one of the few who can make Darkseid exude cosmic menace. Easily one of the best uses of the dark god.

Legion of Super-Heroes is a must for superhero aficionados and those who enjoy family of friends dramas.