I know it’s a common project, but I thought I’d make my own Raspberry-Pi powered Time Circuits, looking similar to those seen in the Back to the Future movies.

The goal is to have three calendar/clock displays (red/green/yellow) that you can set via a keypad. In addition there is a flux capacitor, a spedometer, various energy meters, and a few other random features. This is a hobby project: full source code, documentation, and PCB gerbers are available free for download.

The Raspberry-Pi controls everything over i2c. The Pi (running Linux) is a bit of overkill, as any board that can keep time and drive an i2c bus could run things.

The display is run by a series of HT16K33 chips (I use the breakout boards from adafruit). Each chip can run up to 16×8 LEDs plus read a keypad matrix.

For the displays I use Kingbright common-cathode LED displays. I ended up buying direct from them as it was hard to source red, green, and yellow displays of both 7-segment and 16-segment types all from the same place. In the end the yellow 16-seg are of type PSC05-12 and the red and green are of type PSC05-11 and the pinouts are not compatible. This is unfortunate because it means I’ll need separate PCB layouts.

The displays will not match the version seen in the movie exactly.

There are some good reasons for that ( the month names as displayed in the movies aren’t possible with off-the-shelf LED displays).

Also I like to think Doc Brown himself was a bit of a hacker (although a bit of a perfectionist) and thus any rebuild he did would vary as he thought up improvements. 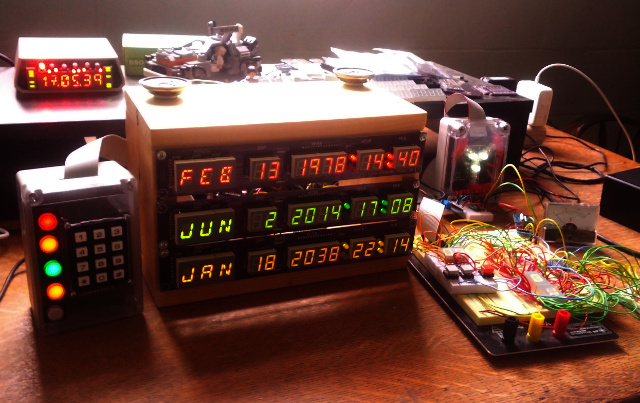 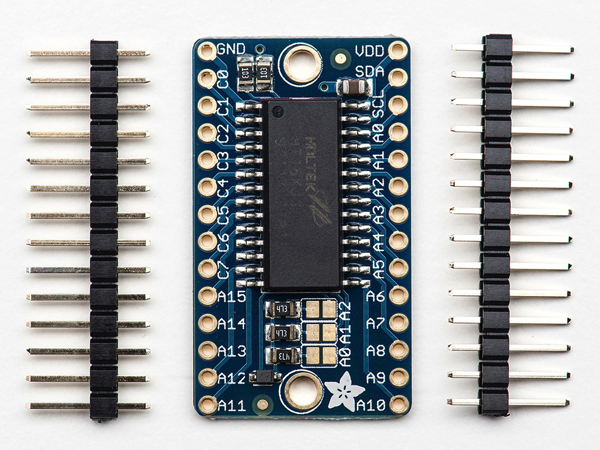 Adafruit 16×8 LED Matrix Driver Backpack – HT16K33 Breakout: This is the magic sauce in our 7-segment and matrix backpacks, now available in breadboard-friendly breakout board format. The HT16K33 is a neat little chip that has the ability to drive a multiplexed 16×8 matrix (that’s 128 individual LEDs). The communication protocol is I2C so it uses only 2 pins, and you can have up to 8 selectable I2C addresses so thats a total of 8 matrices, each one controlling 16×8 LEDs for 1024 total LEDs. Read more. 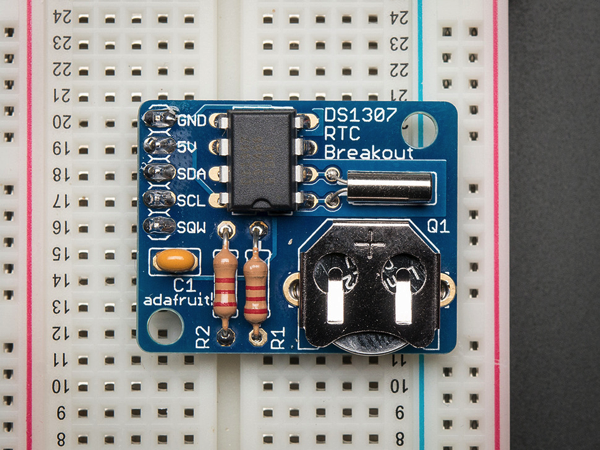 DS1307 Real Time Clock breakout board kit: This is a great battery-backed real time clock (RTC) that allows your microcontroller project to keep track of time even if it is reprogrammed, or if the power is lost. Perfect for datalogging, clock-building, time stamping, timers and alarms, etc. The DS1307 is the most popular RTC, and works best with 5V-based chips such as the Arduino. Read more.