A Yacht That Runs On Sunshine #SolarPower 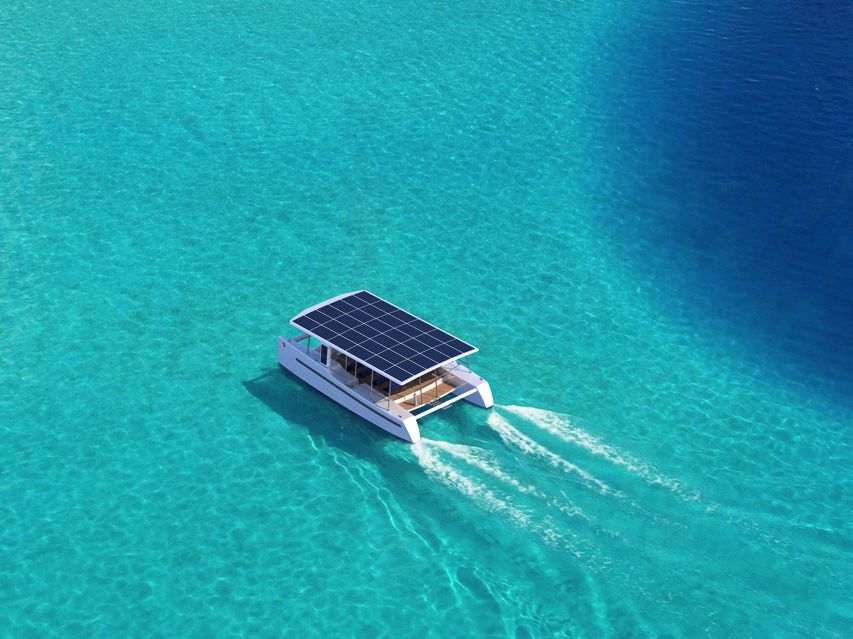 By Cadie Thompson, via techinsider

A new electric yacht, dubbed the SoelCat 12, is scheduled to launch next year and will run completely on solar power, David Czap, one of the yacht’s designers, told Tech Insider.

The company also refers to the yacht as “autonomous,” however, its definition of autonomous is a little misleading.

“The SoelCat 12 is autonomous, because it is able to to supply its own energy (via the solar array) required for the electric propulsion system. It is therefore capable of supplying its own “fuel”. It still has a normal captain on board just like any other normal vessel,” David Czap, one of the yacht’s designers, told Tech Insider.

The SoelCat 12 has a total lithium battery capacity of 120kWh and can operate six hours at eight knots speed on batteries alone.

Comments Off on A Yacht That Runs On Sunshine #SolarPower