Rocket House Productions worked with Intel to create fashions that evoke a celestial story. Their work debuted at MakerFaire NY, but a recent interview with Zoë Klintberg on IHS Electronics360 gives a behind-the-scenes look at the making. Éōs (dawn) is a wispy gathered version of a toga, while Nyx (night) is a flowing black cape.  Zoe, the co-owner of the production company, describes the thought behind these historical creations.

I studied Ancient Greek, as well as Mythology briefly in university, and was enchanted by the descriptions of the gods and goddesses—their personalities, but also their appearance. One description that caught me was “the cloak of night,” which sounds so beautiful and mystical, but also totally create-able. It was always odd to me that no one had fashioned a constellation cloak to reflect this idea of wrapping yourself in a twinkling sky. The idea of clothing divine beings in the natural world led me to start considering the dual nature of night and day and how that reflects the highly faceted nature of humanity and, especially, femininity. I decided to design two pieces that connected and complemented each other, but represented two sides of the same personality—one that was dark, elegant and mysterious, and another one that was light, fun and bold. I decided to use Éōs, the goddess of the dawn, as the inspiration for the dress, and Nyx, the goddess of the night, for the cloak.

As you might imagine, this became a larger production and a team was formed, including costume designer, Erin Bauer; a leather designer, Andy Guba; and a technical director, Kevin Loney. 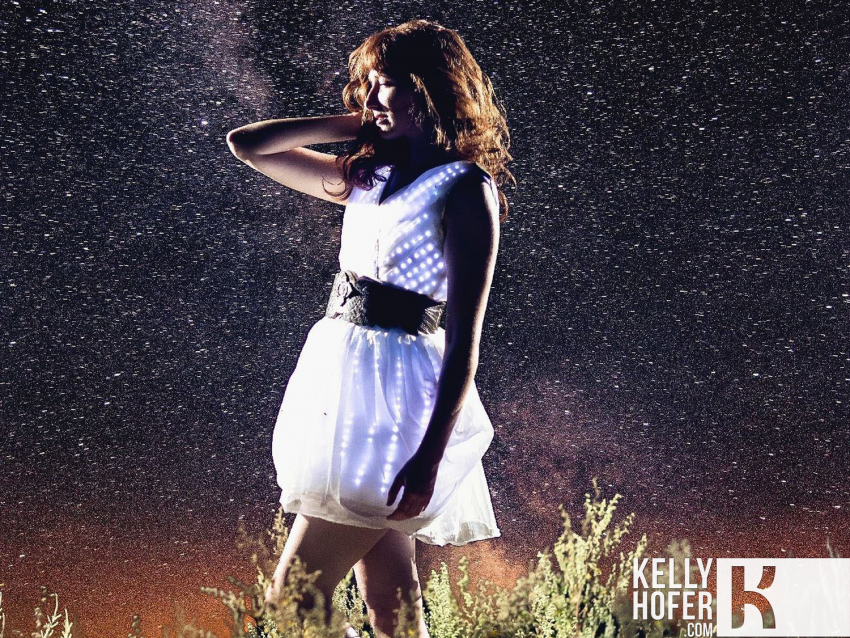 Both garments use an Intel Edison board, as well as a Teensy. The Éōs dress incorporates 900 RGB LEDs which respond to Open Weather Map data. There is also a sun pendant fashioned from copper which dangles gracefully on the front of the dress that is illuminated with amber LEDs. The leather belt has a special detail.

As a personal bonus, I added some phrases in Greek from The Odyssey about the two goddesses to some of the leather accents since the concept of the project was heavily influenced by Homer’s writings. I’m a giant nerd at heart and a lot of my inspiration comes from very obscure references. 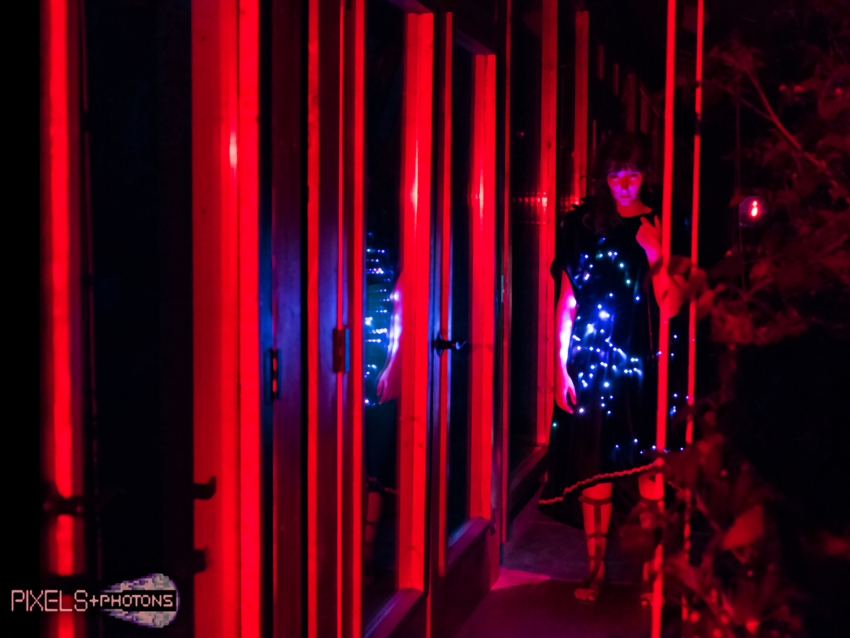 The Nyx cape shows off 20 accurate constellations using 16 LEDs leading to fiber optic stars. The most interesting part of the cape is the fact that it is actually powered by the dress using a magnetic connector at the shoulder, as well as connectors for the power and data. Like the front of the dress, there is a pendant which drapes at the back of the neck, simulating the moon with white LEDs. Although I love the look of the cape, I’m really in love with the way the LEDs are able to react with live data in the dress. It is getting easier and easier to create Internet of Things fashions due to the small size of WiFi connecting microcontrollers and sites like IFTTT (If This Then That). We also have a new tool, Adafruit.io, that allows projects to connect, take in data, toggle on/off and do amazing things with sensors. The best part? You don’t need to be a programmer to make this stuff happen. Want to be a beta tester, then sign up here. 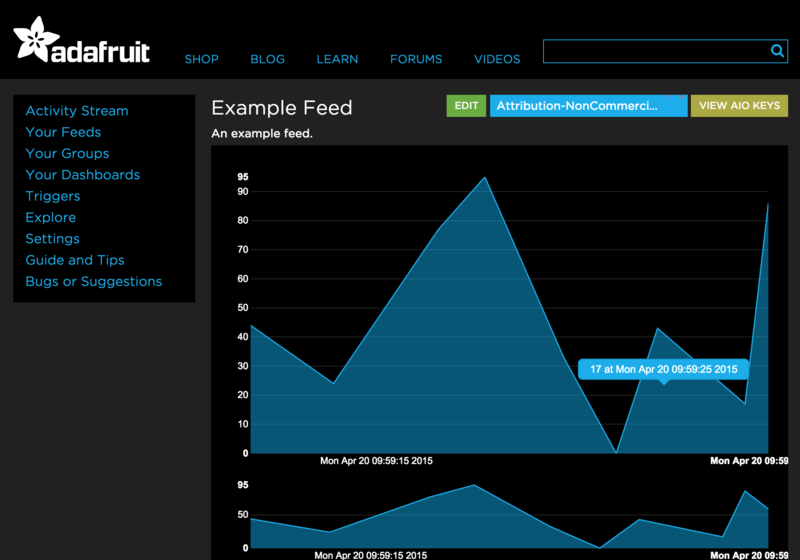 Comments Off on Mythical Celestial Fashions by Rocket House #WearableWednesday