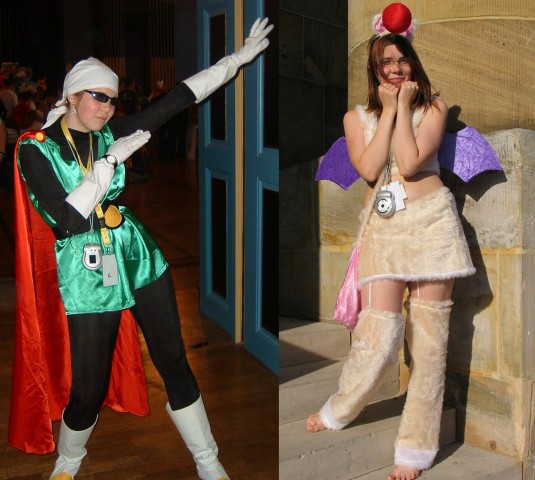 When you look at the work of a talented and prolific cosplayer, it’s hard to imagine that he or she was once a beginner. This especially applies to someone like Svetlana Quindt, also known as Kamui Cosplay. She’s a professional cosplayer who makes several convention appearances and has self-published books with detailed how-tos. She didn’t start dressing up with those ambitions though. When she began cosplaying in 2003, she just wanted to have fun.

Svetlana recently posted her cosplay story on her website. The above images show her first attempts at cosplay. She scanned print photos of those costumes and said they were super cheap to make. She kept making a couple costumes each year. In 2009, she participated in an online costume contest held by Blizzard and won, and the prize was a trip to BlizzCon. A month before the event, she created a Cosplay.com account and used Internet forums to practice her English (she’s in Germany) before the convention. Still, the trip to BlizzCon introduced her to a new costume community and it was downhill from there.

When I returned I immediately wanted to make an even bigger and better costume so I searched for a fitting material that would be more durable than the paper mache I used up to this point. Someone online mentioned a material called “Wonderflex” but without being able to find any explanation of what it is or how it works I had to order it pretty much blindly. With only guessing how much I would need, I basically spent my entire savings on shipping (150$ just for shipping to Germany). The material arrived and I worked day and night to finish my first armor costume, which was my Asmodian Gladiator.

Read the rest of Kamui Cosplay’s story at her website.

One example of Kamui’s current costumes: 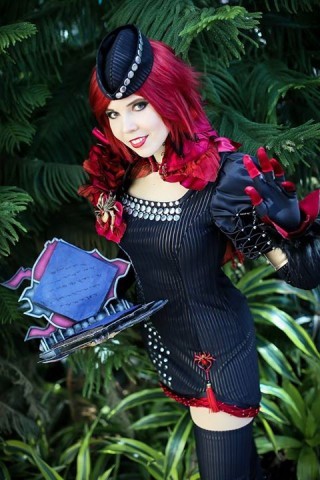 Comments Off on Kamui Cosplay’s Story of Becoming a Cosplayer