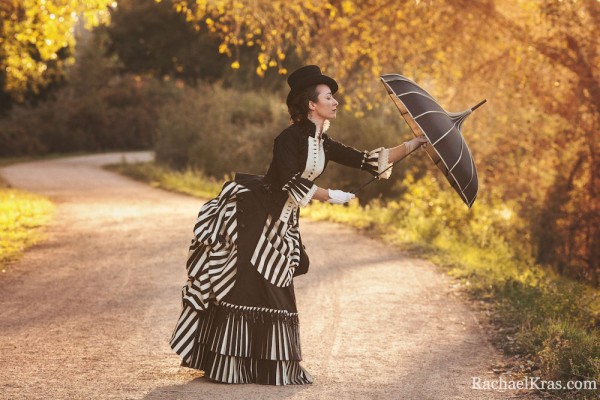 You don’t see much cosplay from Erin Morgenstern’s The Night Circus. Professional costume designer Rachael Kras didn’t find many costumes out there, so she decided to give it a go. She crafted a mostly historically accurate take on Celia Bowen’s attire with incredible attention to detail. By day, Kras designs and makes costumes for a contemporary ballet company so it’s not surprising she has the mad skills necessary to create something like this. Kras said:

This is constructed from 100% cotton in various printed patterns. I chose the cream and black motif since everything in “Night Circus” is in black and white. In The Night Circus story, a network of devoted fans styling themselves “rêveurs” (“dreamers”) develops around the circus; they identify to each other by adding a splash of red to garb that otherwise matches the characteristic black and white of the circus tents. I put a small “pop” of red in with the lips and the small red feather in the hat band since I am a self-styled “rêveur”. I also have a overwhelming personal penchant for stripes and pleats.

The gown is worn over period-correct undergarments- corset, petticoat and bustle. Construction and sewing techniques are a mix between historical and theatrical. My trim choices are not necessarily historically accurate but like I said previously, that wasn’t really the point of this exercise. 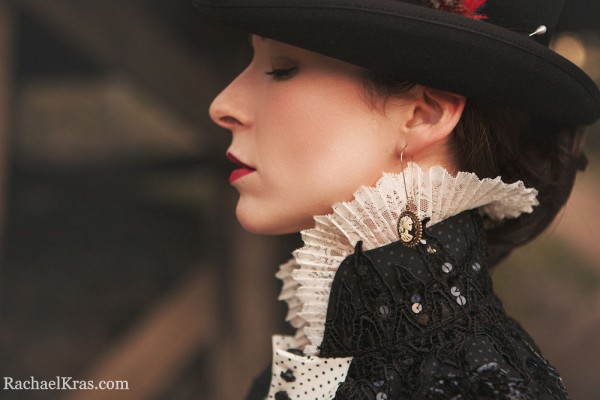 via Reddit, images via Rachel Kras, photos by Amanda Tipton

Comments Off on The Night Circus Celia Bowen Cosplay