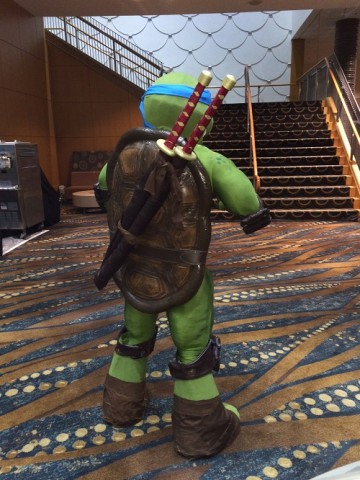 Dressing like a Teenage Mutant Ninja Turtle is an ambitious undertaking. Replica Props Forum (RPF) user JmanTurtleMan, also known as James Fraker, rose to the challenge though. He’s been cosplaying for a few years and has been using RPF as a resource to learn from a positive community (members there are quite helpful). He recently took to those boards to post his process for making the shell part of a Teenage Mutant Ninja Turtle costume. He says he didn’t know much about cosplay when he started the build, but he’s still proud of how it turned it out. He was resourceful and started the build with bed sheets and tape:

I stared with a basic shell shape I formed using some old bed sheets and tape. I then put plastic wrap over the whole thing.

Paper-mache’ is the base foundation of the whole thing. I just layered strips of newspaper and paper-mache’ mix (flour and water) until it seemed solid enough, about five layers.

For the out edge of the shell I needed something sort of curved and round, so I used a foam wreath base cut into pieces and slightly trimmed so they fit around the whole sell. Then for the scutes, the individual sections of the shell, I layered cut pieces of craft foam. I got the idea for that from a picture I saw somewhere on the Internet.layers.

See some pictures below and more at The RPF. 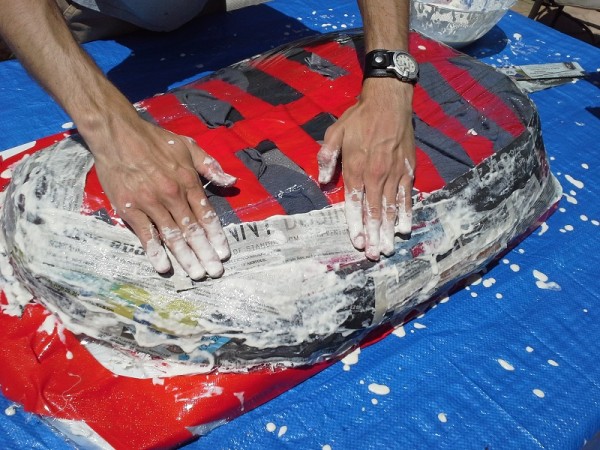 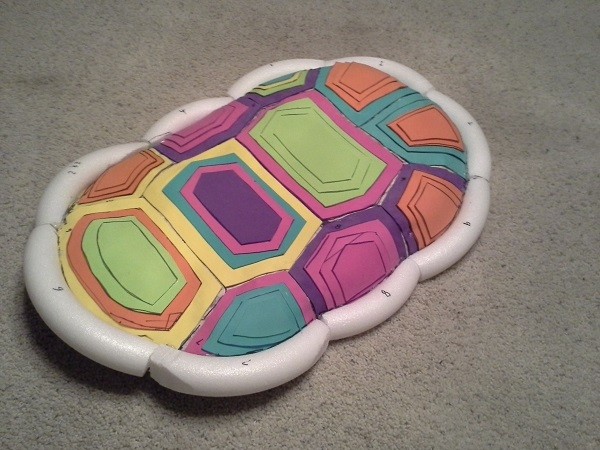 Images via The RPF