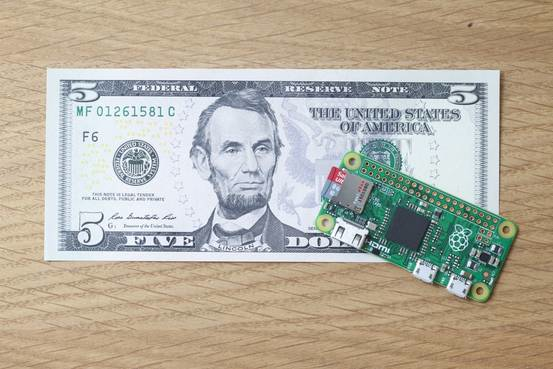 A chance encounter with Alphabet Inc.’s Google chairman Eric Schmidt in January 2013 led the head of a British nonprofit that makes bare-necessities computers to ditch his plans for a more expensive version of its popular $35 computer, the Raspberry Pi. The Cambridge, U.K.-based Raspberry Pi Foundation had received a $1 million grant from Google to distribute 15,000 units of the build-it-yourself, programmable Raspberry Pi computers to schoolchildren.

At an event announcing the donation—Schmidt happened to be in the U.K. at the time—the Google chairman wanted to know what the foundation was working on next.

“I told him we were thinking of making future Raspberry Pi’s a little bit more expensive, up at about $50 or $60, and a bit more powerful,” Eben Upton, the foundation’s founder, told The Wall Street Journal in an interview.

Mr. Schmidt, says Mr. Upton, said that was the wrong thing to do, and told the foundation’s founder he should aim for as low cost a computer as possible.

“He said it was very hard to compete with cheap. He made a very compelling case. It was a life-changing conversation,” Mr. Upton said, adding that he went back to the lab and scrapped all the engineering plans for more expensive versions of future Pi computers. “The idea was to make a more powerful thing at the same price, and then make a cheaper thing with the same power.”