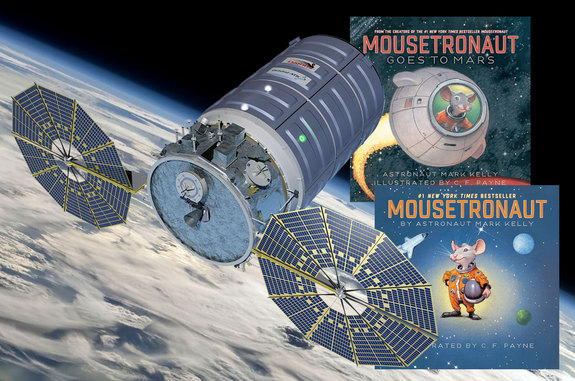 We love this project! From Space.com:

An astronaut’s two children’s books about a mouse who goes to space are now actually going to space, where the author’s twin brother may take a turn reading them on video for kids on Earth.

“Mousetronaut” and “Mousetronaut Goes to Mars,” written by former NASA astronaut Mark Kelly, are among a small bundle of space- and science-themed kid’s books that are packed aboard Orbital ATK’s Cygnus cargo ship scheduled to launch to the International Space Station today (Dec. 3). If all goes as planned, the spacecraft will arrive at the orbiting outpost three days later, where Kelly’s brother, Scott, is currently the commander.