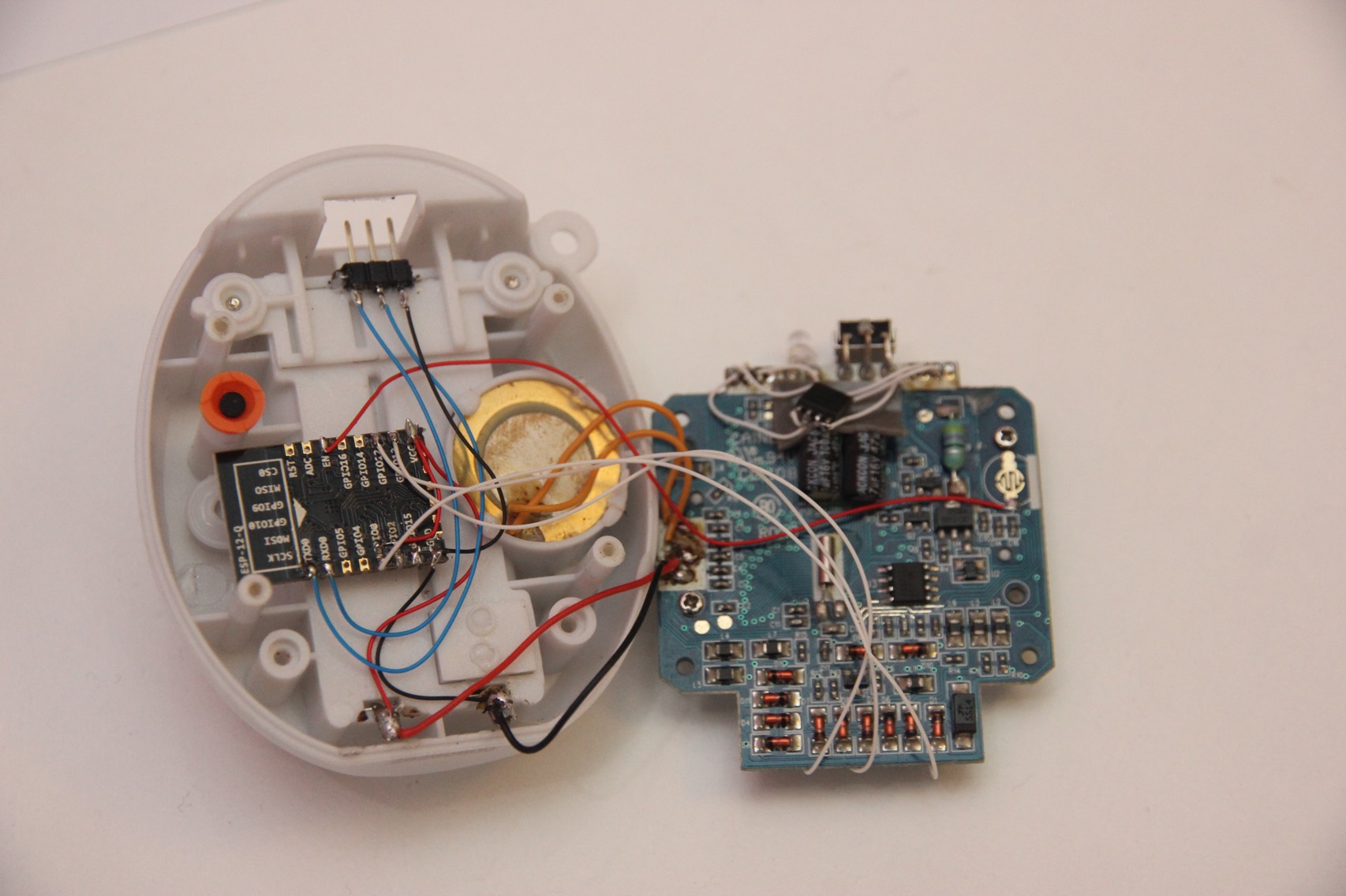 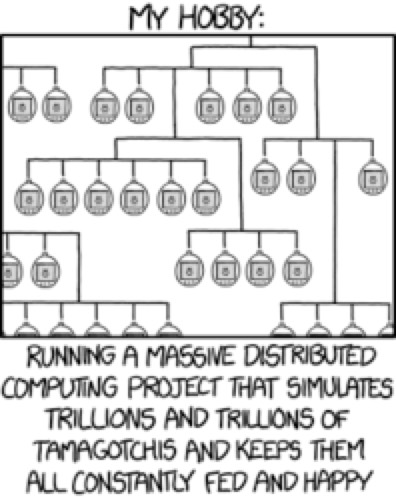 ‘The Tamagotchi Hive’. It basically describes a sort of Matrix, but for Tamagotchis: a lot of Tamagotchis are being cared for by an artificial intelligence, then networked so they can live in some sort of virtual world and be happy.

…the entire Tamagotchi hive seems to be functioning very well. It has been up for a few months at the time of writing, and I have not had to interact with any of the 13 Tamagotchis myself: the Tamagotchis are taken care of perfectly well by the AI and seem to be having a good time.

There is one thing that may make it necessary for me to manually set a few things straight, and it is not because of a design issue but more because of a general biological problem. Whenever two Tamagotchis mate, they will eventually be replaced by two new Tamagotchis of a random sex. With only 13 Tamagotchis, however, there is a chance that at a certain point in time, all the Tamagotchis in the hive will be of the same sex, which would eventually make the hive die out. That is why I still keep an eye on the hive every now and then.

In general, this was a nice exercise in emulator programming. The end result isn’t that useful, but hey, it’s the journey that’s important, not the destination.

Comments Off on Sprites mods – Creating the Tamagotchi Singularity