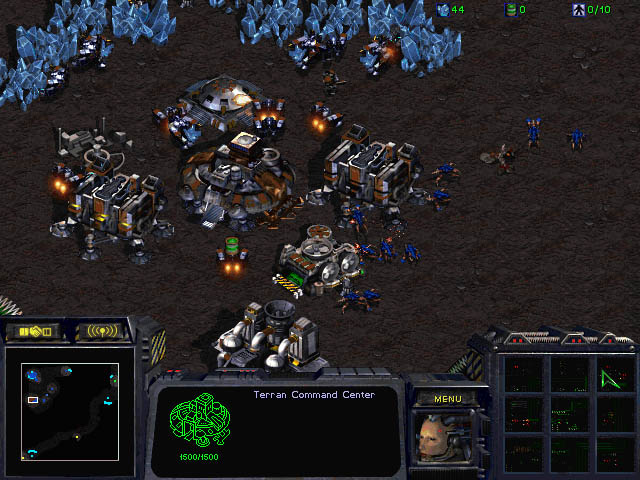 Every year, the Annual AAAI Conference on Artificial Intelligence and Interactive Digital Entertainment (AIIDE) co-hosts a competition for computer programs that play StarCraft: Brood War against each other. StarCraft is a complex real-time strategy (RTS) game that poses a significant challenge to AI research “because of hidden information, vast state and action spaces, and the requirement to act quickly,” as the AIIDE website explains. “The best human players still have the upper hand in RTS games, but in the years to come this will likely change, thanks to competitions like this one.”

This year, 22 programs were entered into the competition at the University of Alberta, Canada, playing against each other continuously for two weeks on 12 virtual machines (that’s over 1,800 games each). At the end of the competition, three of the best AIs played some exhibition matches against a Russian StarCraft player who goes by Djem5 and is “widely regarded as one of the best non-Korean Protoss players in the world.”

So did the AI win? Are humans doomed? Spoiler alert: nope. As far as StarCraft goes, we’re still way better than the machines, but that doesn’t make it any less interesting to watch these pro human vs. AI matches unfold.