Today there was a twitter-storm and outage-fest about IBM’s efforts to get more women in tech. The campaign and videos have been disappeared (wow, that was FAST) with a comment from IBM “This was part of a larger campaign to promote STEM careers. It missed the mark and we apologize. It is being discontinued.”.

You, a windblaster and an idea, repurposed for a larger purpose, to support those who believe that it’s not what covers your cranium that counts, but what’s in it. So hack heat, re-reoute airflow, reinvent sound, and imagine a future where the most brilliant minds are solving the world’s biggest problems regardless of your gender.

As this all happened we were emailed as well regarding this story/event and were able to watch the video(s) – it’s fantastic that IBM is working on this important issue, we’re not even sure how off the mark it was, we’re still thinking about it , perhaps it could have been about “HackYourHeadphones” or something more inclusive *and* something young girls, or anyone, would find compelling. IBM email us if you’re interested! hackibm@adafruit.com

Conducting experiments with hairdryers might be a good idea, sounds fun, but as a commenter pointed out, there wasn’t and isn’t a beard-trimmer hacking campaign for young boys. It’s really hard for anyone to know what to think about this, the video was up for a month, now it’s gone and only a canned automatic robotic response (from Watson!?) from IBM to articles that came out today. Trying to achieve something important, and perhaps failing, and immediately correcting a perceived error, should be encouraged. 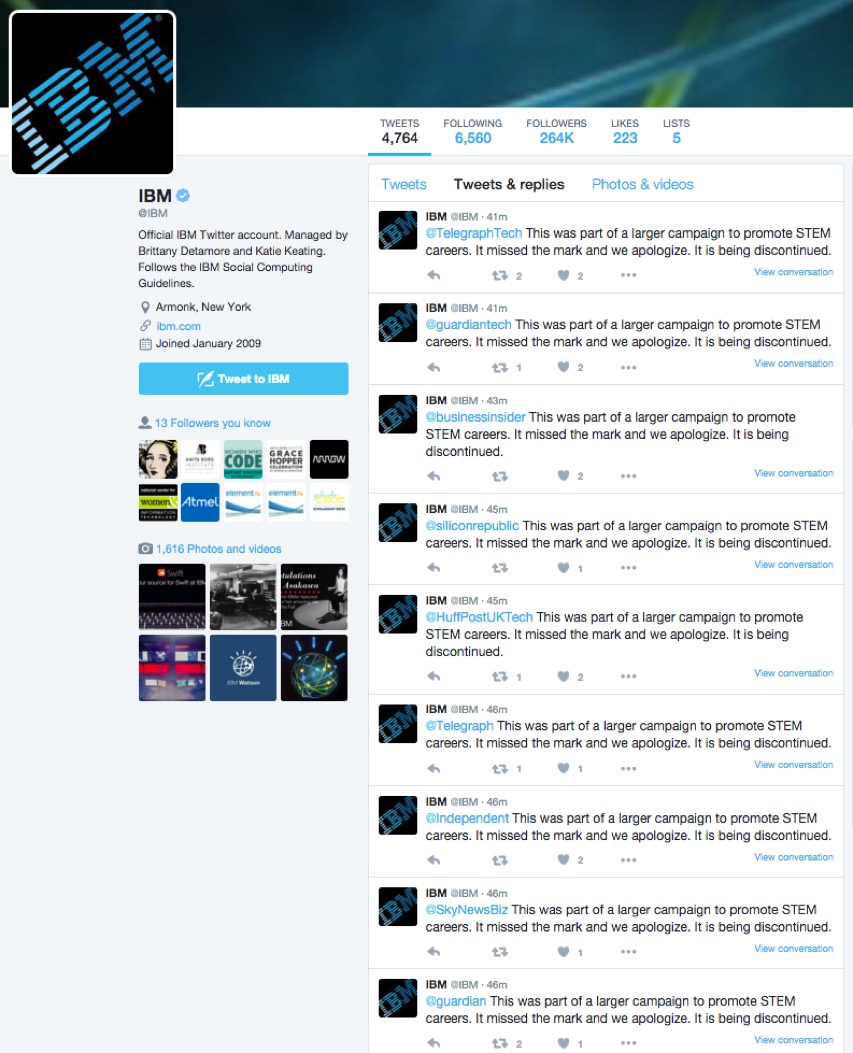 IBM’s tweets in reply to the media outlets. 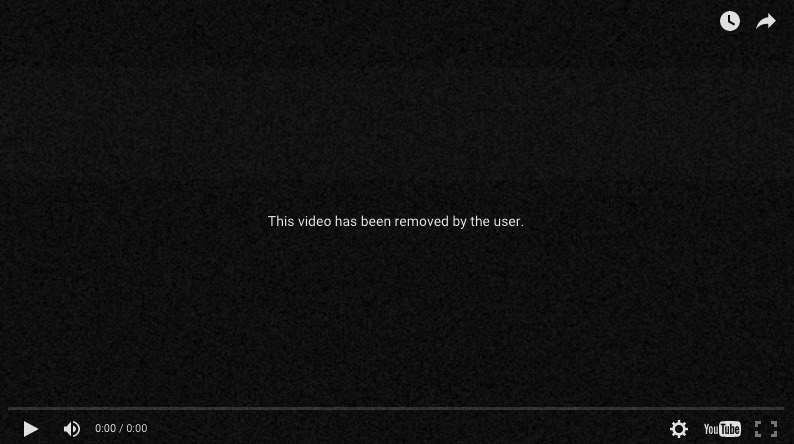 Someone would need to see enough of the video to determine if it was in fact “tactless and patronizing” however IBM took it down.

IBM also removed all the tweets previously with the video and the Facebook posts with comments and video. So… we wanted to make sure there was commentary and the reaction to it and the video.

Here is the video (embedded above).

Other tweets, we’ll add more as we spot them and we’ll continue to post up about what we think would help hit the mark for IBM or really anyone. #HackYouHeadPhones would be pretty cool 🙂

Filed under: featured — by adafruit