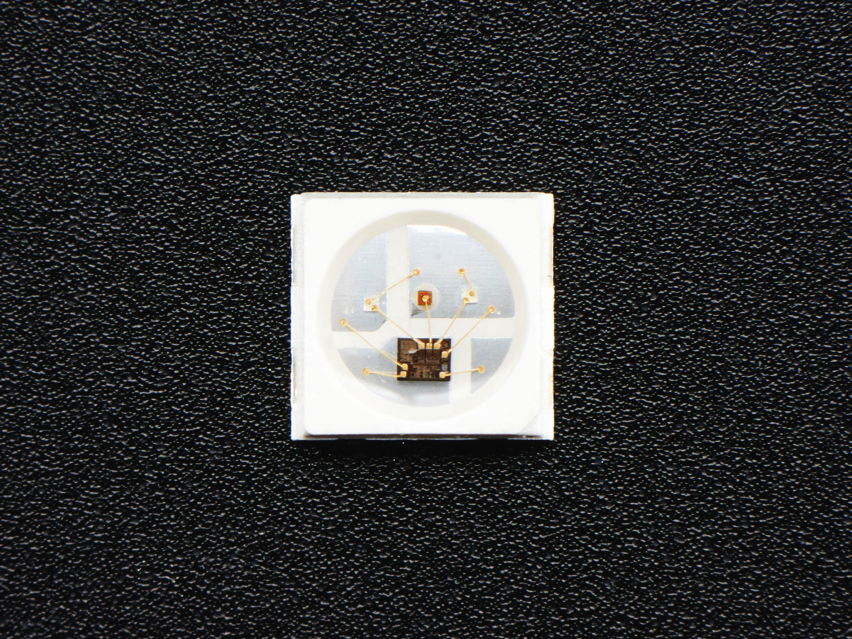 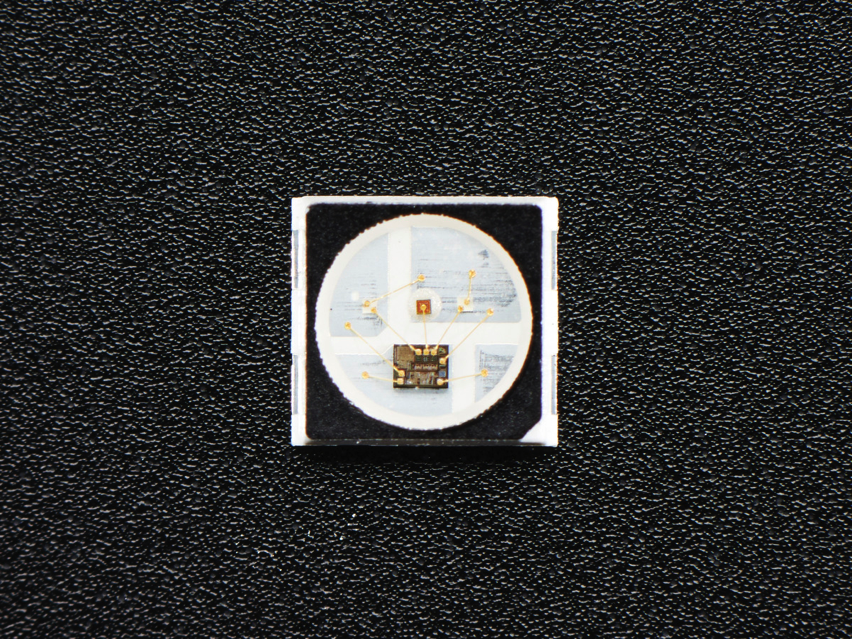 Itsy Bitsy Teenie Weenie Mini NeoPixel RGB LED-inis! Make your own smart LED arrangement with the same integrated LED that is used in our NeoPixel strip and pixels!

These MINI (3.5mm x 3.5mm) RGB LEDs are fairly easy to solder and are half the size of the standard 5x5mm NeoPixels you may be used to seeing. You can see our comparison photo above. They’re the most compact way possible to integrate multiple bright LEDs to a design. The driver chip is inside the LED and has a constant current drive so the color will be very consistent even if the voltage varies, and no external choke resistors are required making your design minimal. Power the whole thing with 5VDC and you’re ready to rock!

The LEDs are ‘chainable’ by connecting the output of one chip into the input of another – see the datasheet for diagrams and pinouts. To allow the entire chip to be integrated into a 4-pin package, there is a single data line with a very timing-specific protocol. Since the protocol is very sensitive to timing, it requires a real-time microcontroller such as an AVR, Arduino, PIC, mbed, etc. It cannot be used with a Linux-based microcomputer or interpreted microcontroller such as the Netduino or Basic Stamp. The LEDs basically have a WS2811 inside, but fixed at the 800KHz ‘high speed’ setting. Our wonderfully-written Neopixel library for Arduino supports these pixels! As it requires hand-tuned assembly it is only for AVR cores but others may have ported this chip driver code so please google around. An 8MHz or faster processor is required.

These raw LEDs are cut from a reel and/or might be loose. They may not suitable for pick & place + reflow. LEDs are notoriously difficult to use in an automated process due to being very sensitive to moisture and temperature. We recommend these for careful hand soldering only! Comes in a package with 10 individual LEDs. We have a ready-to-go component for this in the Adafruit EAGLE library.

This is the Pack of 10 NeoPixel Mini RGB LEDs with a White Casing. 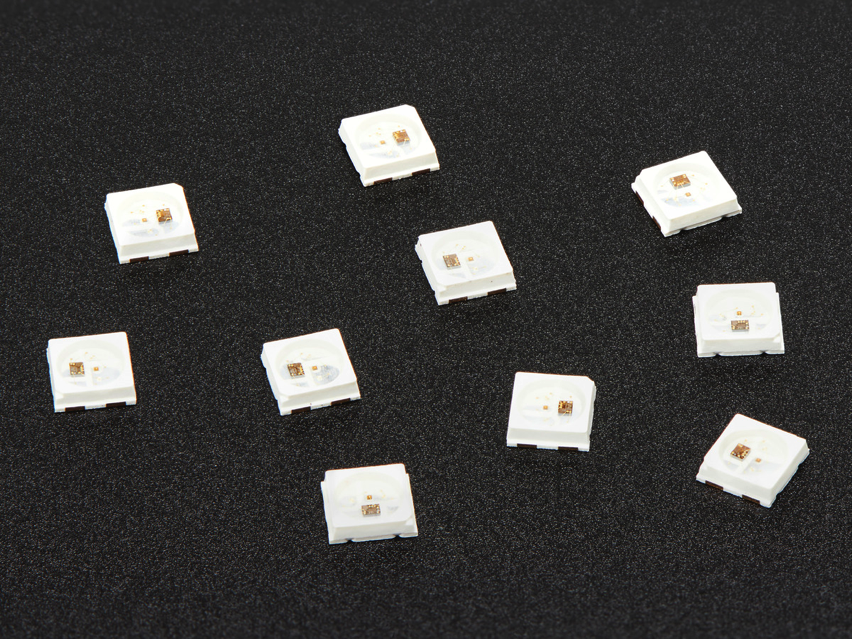 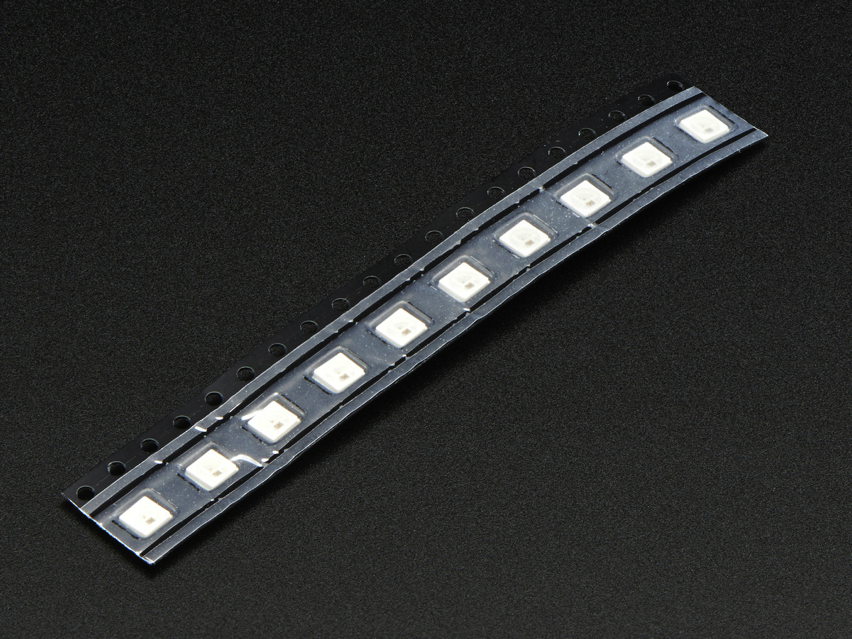 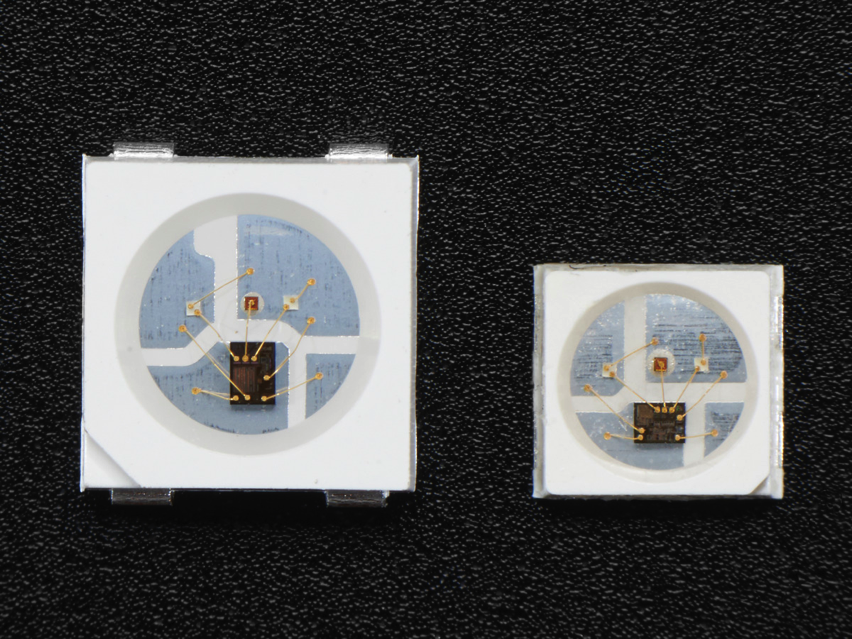 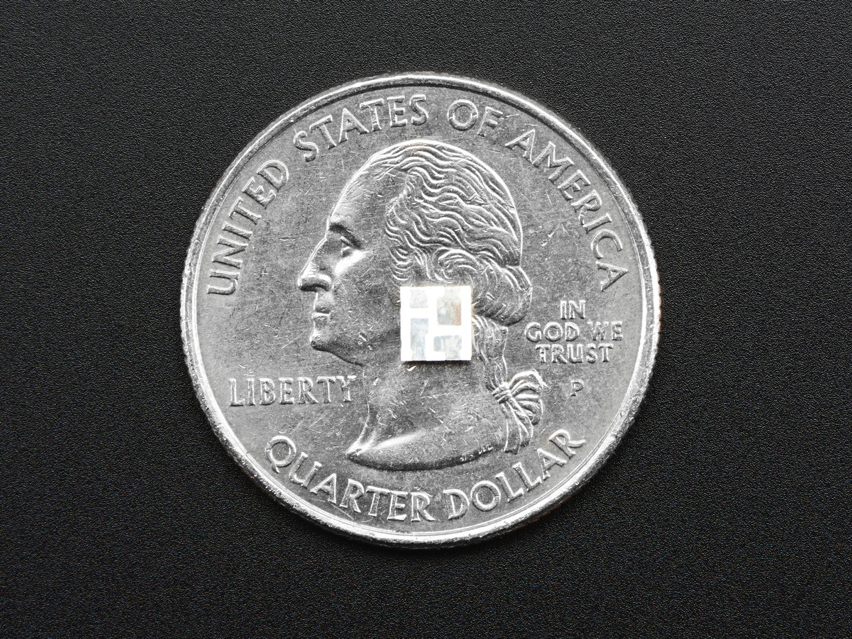 
This is the Pack of 10 NeoPixel Mini RGB LEDs with a Black Casing. 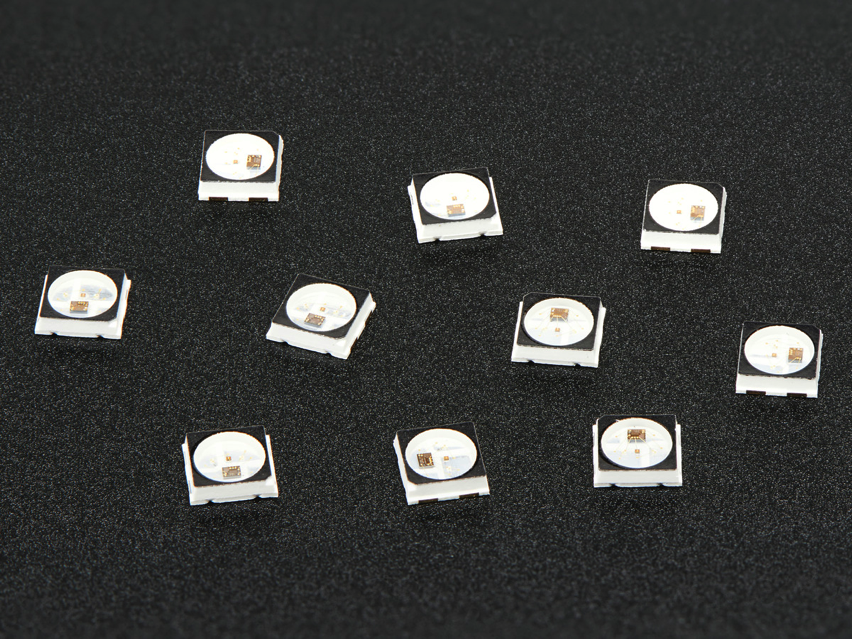 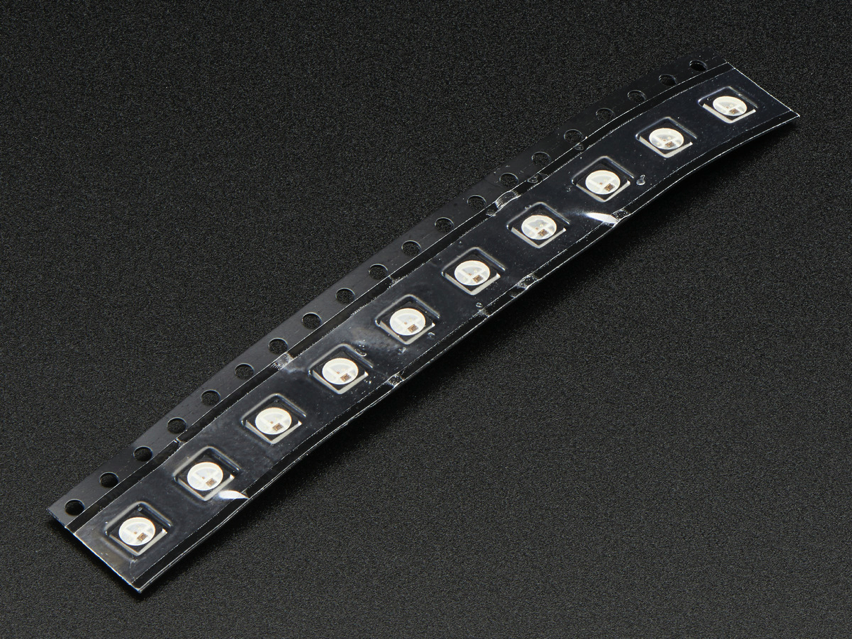 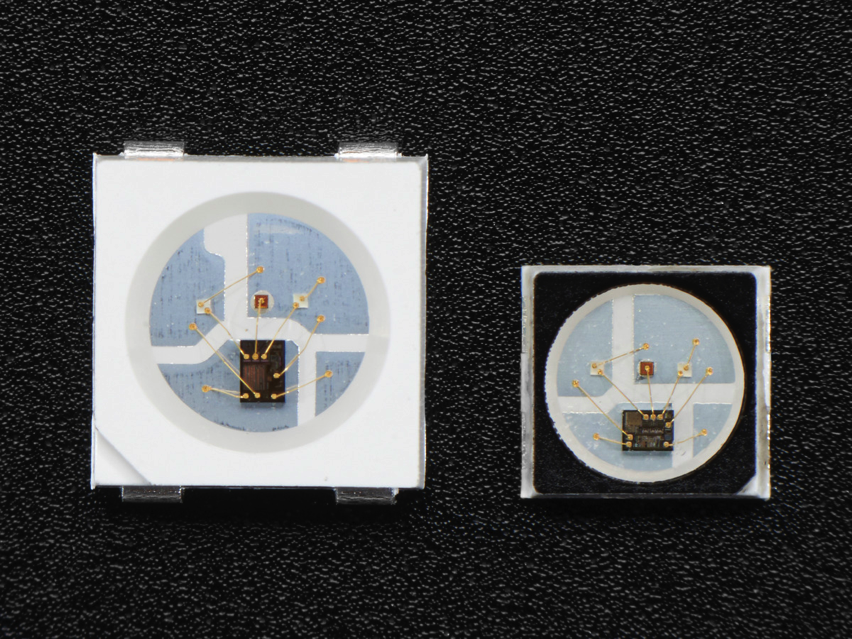 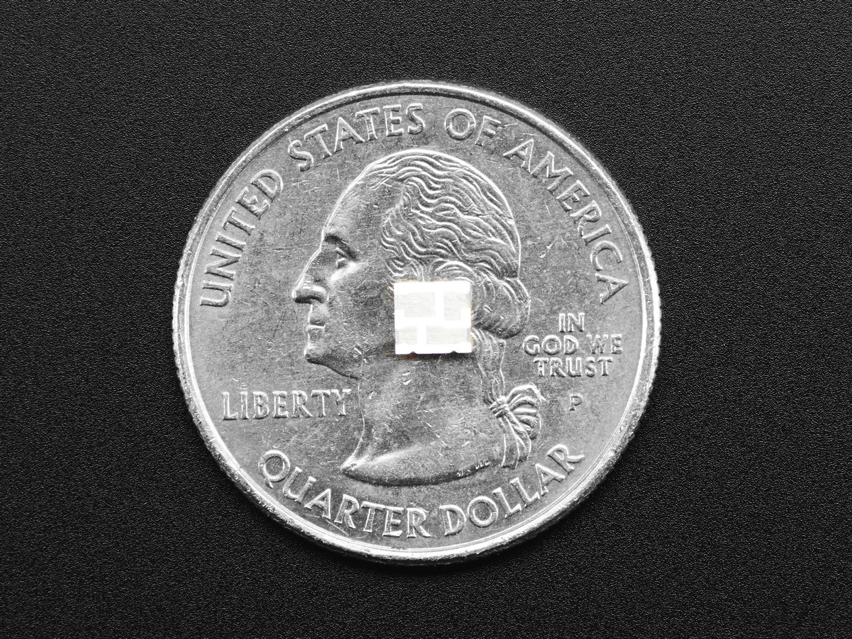