A friend surprised me with her message in Facebook that said, “This reminds me of you”. Well, she certainly got that right, because there is nothing cooler in the galaxy than Star Wars and wearable tech coming together! Upworthy reported that Force star Lupita Nyong’o walked the red carpet for a promo event wearing a Zac Posen dress. It’s a swirl of LED stars helping to add some smarts to the world of Hollywood red carpet interviews.

By highlighting the abilities of talented young female programmers in her fashion choices, Nyong’o has ensured a meaningful red carpet conversation. The move fits right in with #AskHerMore, which encourages reporters to ask actresses questions beyond what they’re wearing on the red carpet. Apparently this dress had already premiered at a Zac Posen show earlier, but that doesn’t take away any of the charm from those blinking blue and gold LEDs. The most exciting part is that this dress was a partnership between ZAC and Google’s Made With Code program. Google is inspiring young women to code and they’ve even added a simulation to design your own dress with drag and drop programming on their site. So, you can choose a 10 LED matrix and have it change color from pink to blue easypeazy. Actually I can’t wait to share this with my niece, but first I’m going to play! 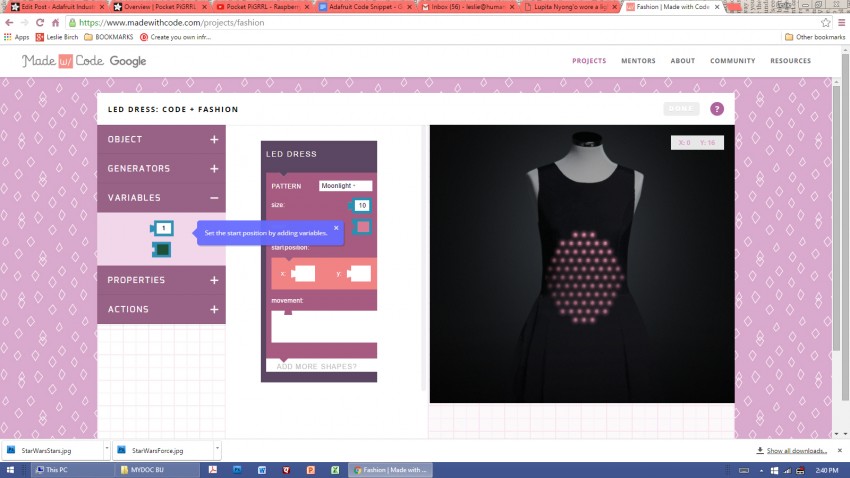 I should also mention that Daisy Ridley’s dress is equally beautiful, but it would look nicer with some LEDs uplighting the sleeves, or maybe some EL wire outlining the simple lines of the dress. If you’d like to design your own Star Wars look that is more red carpet than cosplay, check out our LED Sequins. They come in multiple colors and are tiny enough to look classy in formal dresses with only two lines of stitching. Program them to turn on and off in a pattern that suits your favorite galaxy. Don’t forget to send us your selfie when you’re done! 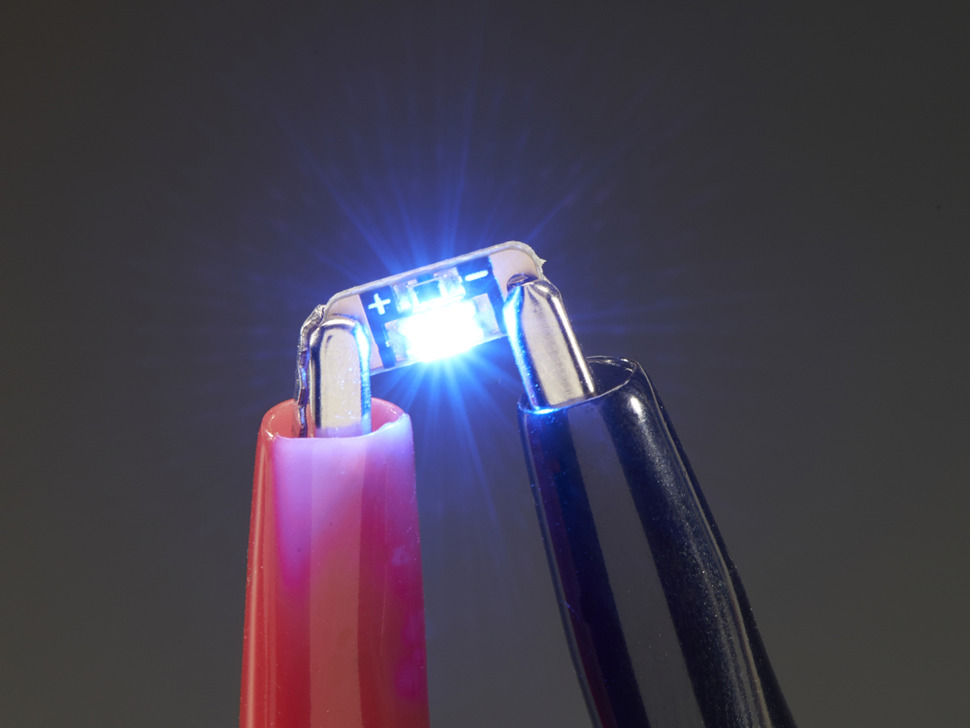 Comments Off on Star Wars Force 4 Fashion Gets Code #WearableWednesday