How to Build a Raspberry PiStation #piday #raspberrypi #iLuvPi2 @Raspberry_Pi 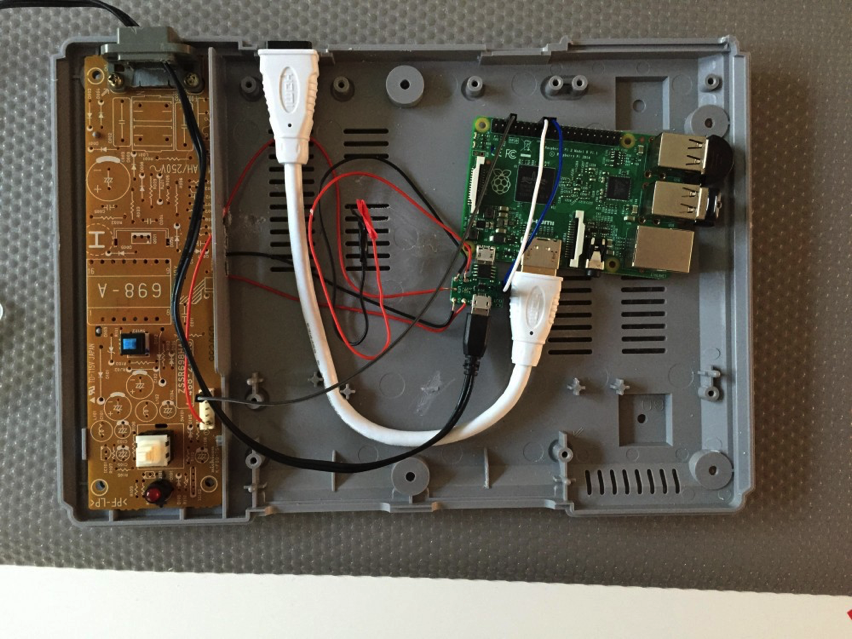 Since the Raspberry Pi 2 was announced to the world, people started to think about what the additional processing power could be used for. Many people, like me, who were familiar with playing retro games via RetroPie immediately thought of using this power to play more technically demanding games for that nostalgic feeling. If you don’t know what RetroPie is, then I highly recommend taking a look at The RetroPie Project over at petRockBlog here.

Now in the world of retro gaming, people aren’t happy with a circuit board sitting naked on their TV stand / computer desk with bundles of wires and cables poking out. They want to replicate the feeling of playing on their old favourite console, but with the added twist of seeing the surprised looks on their friends’ faces when they startup a custom system running lots of different console emulators.

I was one of these people. However, there was a trend for using old Nintendo Entertainment System (or NES) consoles, which whilst perfectly understandable, had been done plenty of times before. Granted, my PiStation is not ground-breaking, but I would like to think the guide is more detailed than any out there today.

So enough of the background, let me take you through a step-by-step guide on how to build your own Raspberry PiStation!