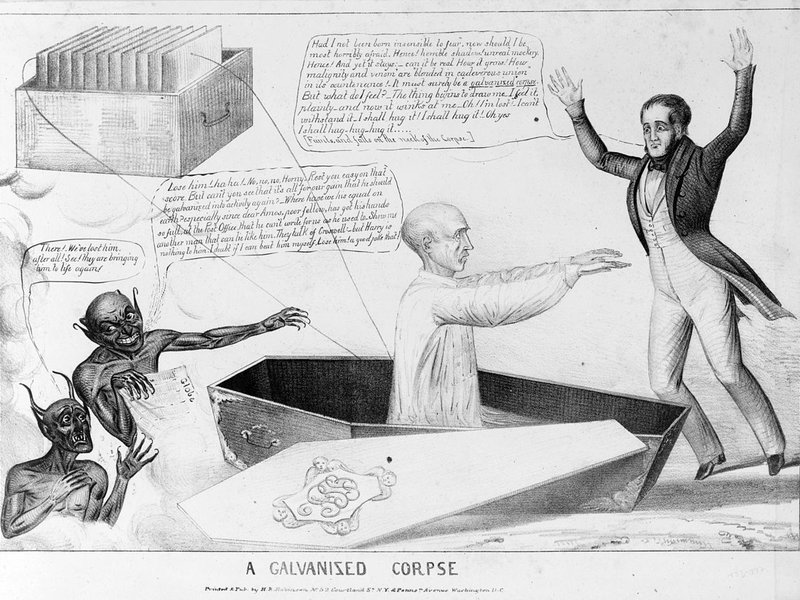 From frogs to Frankenstein, via SmithsonianMag.

Ruston writes that Shelley was inspired by the concept of galvanism—the idea that scientists could use electricity to stimulate or restart life. Named after Luigi Galvani, an Italian doctor, the concept came about after Galvani was able to make a frog’s legs twitch when he hooked the animal up to an electric charge.

Electricity was a new and barely understood force when Galvani performed his experiments on dissected animals during the late 18th century, so it makes sense that people thought it might just be able to make creatures come alive after death. Ruston notes that Galvani’s nephew, Giovanni Aldini, went so far as to shock dissected human corpses in pursuit of this hypothesis.