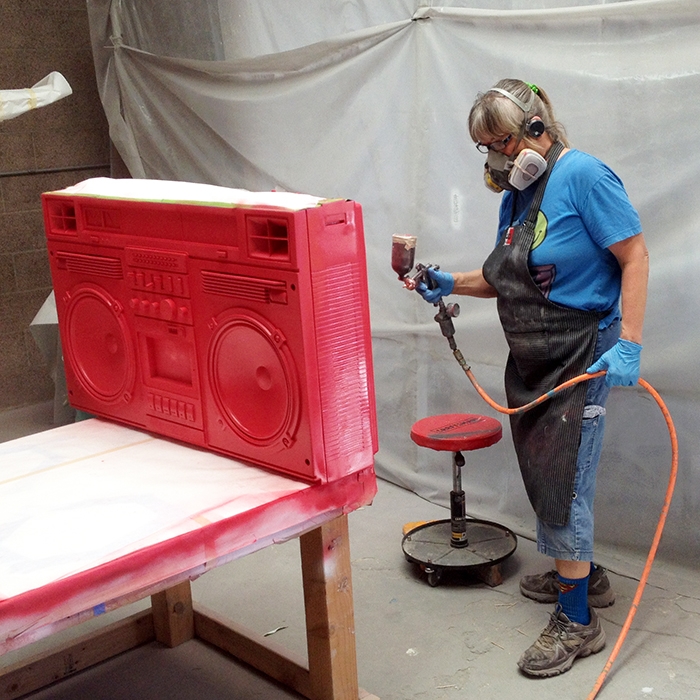 Awesome new work from Lyle Owerko, which was on view earlier this month at Art Basel. From The Creators Project:

Since its conception in the mid 1970s, the boombox portable cassette player has become a symbol for urban communities, youth culture, and the unifying power of music. New York City based photographer and filmmaker Lyle Owerko started The Boombox Project in the wake of September 11th terrorist attacks, hoping to focus on the constructive and prolific products of humanity. His original photo series posed a collection of Boombox portraits, exhibiting models of these cultural relics spanning from the late 70s and early 80s. The project was published into a book in 2010 called The Boombox Project: The Machines, the Music, and the Urban Underground, a hardcover visual timeline of the proverbial ghetto blaster’s evolution, with a foreword penned by Spike Lee himself, and a collection of personal anecdotes from Hip-Hop icons like LL Cool J and Fab 5 Freddy.