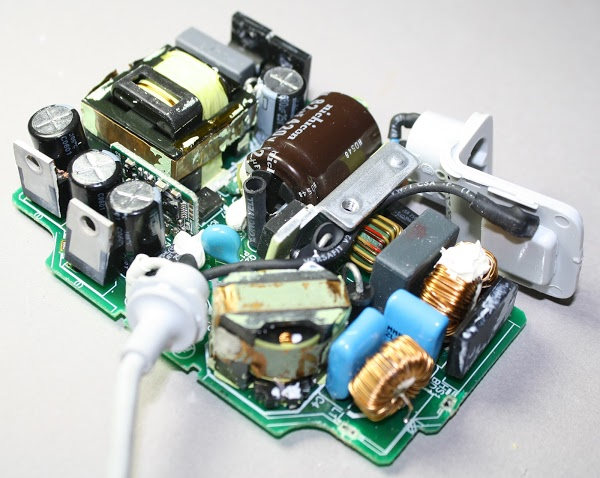 Have you ever wondered what’s inside your Macbook’s charger? There’s a lot more circuitry crammed into the compact power adapter than you’d expect, including a microprocessor. This charger teardown looks at the numerous components in the charger and explains how they work together to power your laptop.

Most consumer electronics, from your cell phone to your television, use a switching power supply to convert AC power from the wall to the low-voltage DC used by electronic circuits. The switching power supply gets its name because it switches power on and off thousands of times a second, which turns out to be a very efficient way to do this conversion.

This is a fantastic quote, but unfortunately it is entirely false. The switching power supply revolution happened before Apple came along, Apple’s design was similar to earlier power supplies[4] and other computers don’t use Rod Holt’s design. Nevertheless, Apple has extensively used switching power supplies and pushes the limits of charger design with their compact, stylish and advanced chargers. 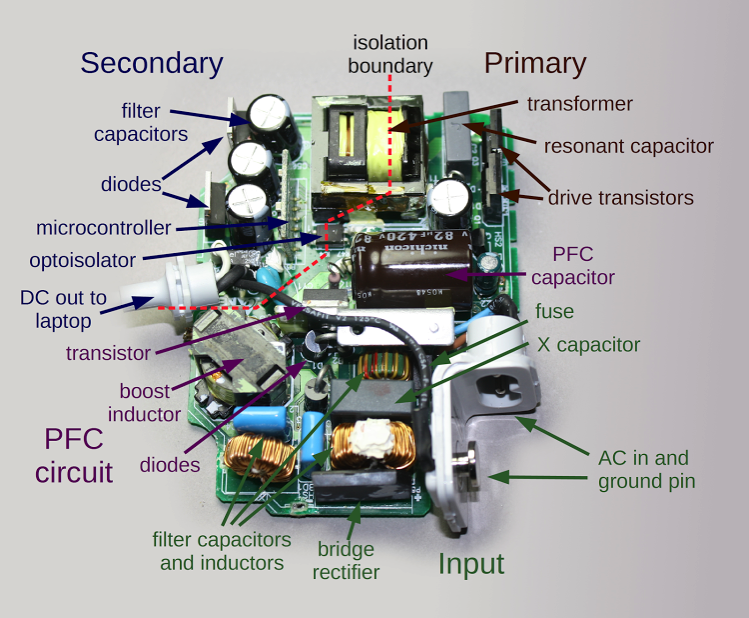 Comments Off on Macbook charger teardown: The surprising complexity inside Apple’s power adapter