Ralph Baer, father of video games, was a German Jew who escaped the Nazis 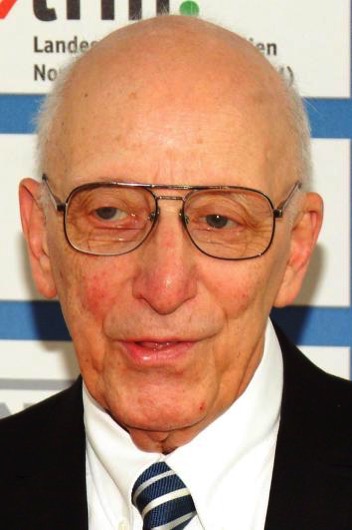 Inspiring story on Slate that briefly recounts the life of Ralph Baer, known as the father of video games.

Innovation requires the good fortune to be at the right place at the right time, as much as it does individual genius. Baer came to the United States during the heyday of the American industrial research lab, and New York was a center of electronics innovation. It was a world that seemed made for him. Intelligent and ambitious, he quickly found employment in the growing defense electronics sector in New York City, including at such companies as Loral Electronics and Transitron.

While he did well at jobs that capitalized on his military experience, Baer kept an eye on the extraordinary things happening with commercial radio and TV. In America’s postwar economic boom, televisions were entering homes at an amazing rate. By 1960, there were more than 50 million TV sets in American living rooms, and in this, Baer saw a rare opportunity.

He was convinced TVs were underutilized as a one-way, passive medium. Thus was born his idea of interactive TV, and what were initially called “television games.” One of his first assignments at Loral Electronics was to build a television set. “When I was with Loral,” he recalled, “I suggested that we do something drastically different with a TV set. But the chief engineer said, ‘Forget it. You’re already behind schedule anyway, so stop screwing around with this stuff. Build the set.’ ”

Comments Off on Ralph Baer, father of video games, was a German Jew who escaped the Nazis