2015 in a Single Illustration #ArtTuesday 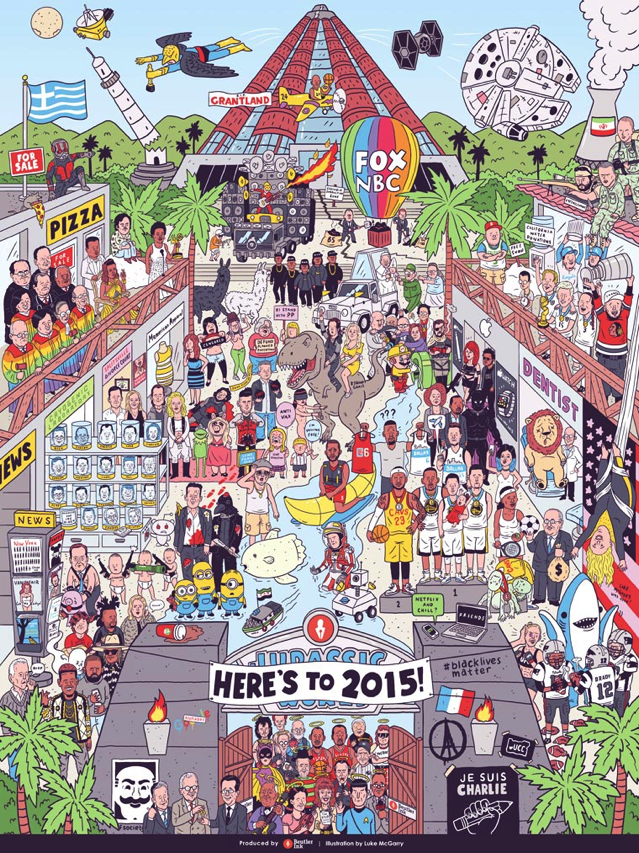 So many things packed into one image! From ufunk:

Here is the entire year 2015 in a single picture! After 2013 and 2014, the illustration Here’s to 2015! brings together in a single image the highlights and the biggest pop culture stories from 2015, seen through the eyes of American illustrator Luke McGarry. From the attacks in Paris to the war in Syria, from Pluto to the death of Cecil the lion, through much lighter things like Jurassic World, Star Wars VII or Game of Thrones, a nice illustration created for Beutler Ink.

Comments Off on 2015 in a Single Illustration #ArtTuesday