Adafruit’s comic reading list: The Arab of the Future: A Childhood in the Middle East by Riad Sattouf #adafruitcomics @riadsattouf

A new edition of Adafruit’s comic reading list — this week it’s The Arab of the Future: A Childhood in the Middle East, 1978-1984 by Riad Sattouf written up by Interdepartmental shadow master Danny! 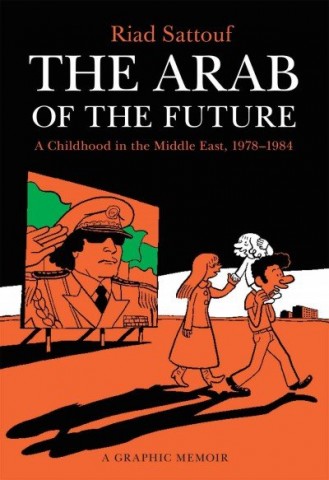 Let me start by saying that I’ve never read a graphic novel (or a graphic memoir, for that matter) — a few comic books when I was younger, sure, but it was never really my world.

I had read about Sattouf’s work in a New Yorker article back in October, as it was about to be released for the first time in English after becoming a #1 bestseller in France. The article intrigued me, though with many books and articles already on my reading list I was hesitant to add another. A couple of weeks later, however, I heard an interview with Sattouf on Fresh Air and ordered a copy of his memoir immediately thereafter. For whatever reason, hearing him talk about his work and his childhood intrigued me to such a degree that I just had to drop whatever else I’d been reading. 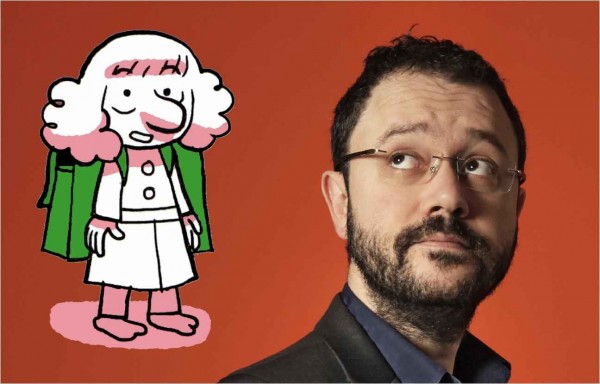 From my understanding Sattouf — who is of Muslim heritage — is a very prominent cartoonist in France. This is particularly intriguing, as his popularity comes at a time when French anxieties towards Muslims are higher than ever and when cartoonists are perhaps in more danger than ever. Sattouf was a cartoonist at Charlie Hebdo for ten years and the only one of Middle Eastern descent. He left the publication only a few months before two jihadists gunned down twelve people (nine of whom were former colleagues of his).

Sattouf’s work illustrates the radical cultural shift between France and the Middle East from the point of view of a child who didn’t fit in either place. Children in Syria — including Riad’s own cousins — made fun of his blonde hair and referred to him and his mother as “Jews.” 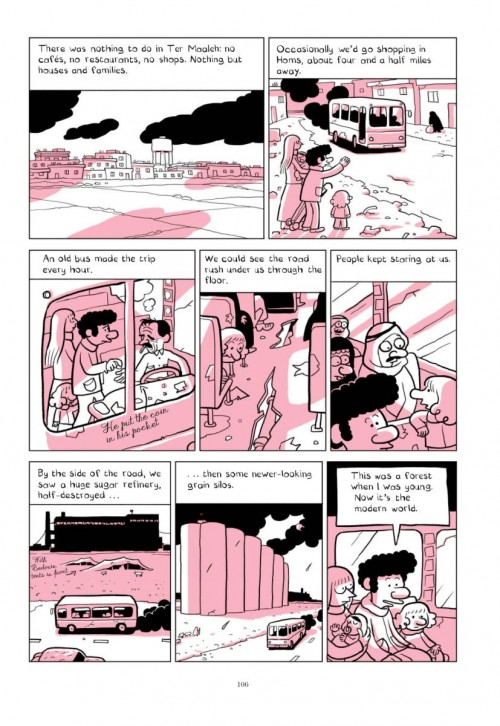 Born to a French mother and a Syrian father, Sattouf spent his early years moving between rural France, Muammar Qaddafi’s Libya, and Hafez al-Assad’s Syria. His family moved to wherever his father had accepted a university teaching position, and spent summers back in France. Sattouf represents each country with different washes of color: blue for France, yellow for Libya, pinkish red for Syria. This technique helps one grasp the disparities between the three vastly different locations. 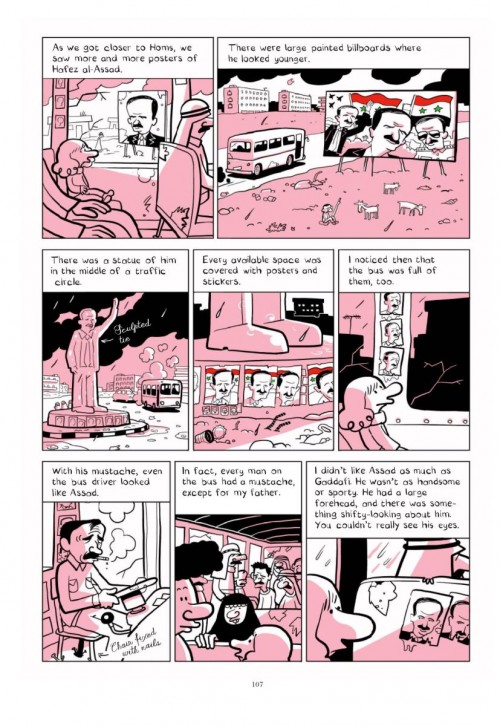 An often-cited anecdote from the memoir comes during the family’s time in the Great Socialist People’s Libyan Arab State, where private property was illegal and any unoccupied space was considered available; the Sattoufs come home after a day out to find another family occupying their apartment. The conditions were pretty different for living in Syria, where everyone left their homes unfinished so they wouldn’t have to pay taxes. 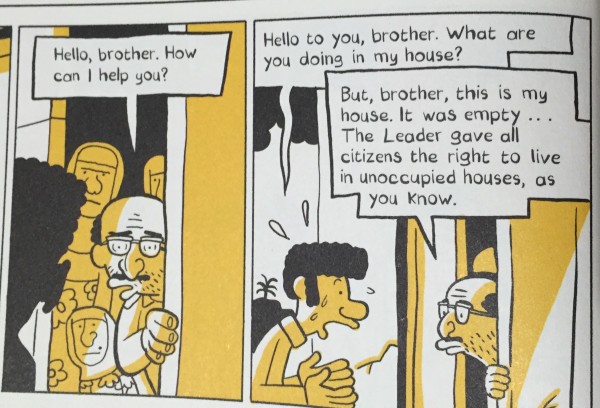 Sattouf’s graphic style captures the curious attentiveness and naïve receptivity of a child as well as the fervency of political idealism, which was present all around him—most notably in his pan-Arabist father. Pan-Arabism was a political idea that Arab men ought to educate themselves in order to escape from religious dogma. However, his increasingly demanding father seems to waver in his adherence to this idea as he panics when it becomes difficult for the family to commingle with their varying compatriots.

I recommend Sattouf’s graphic memoir to any human being living in today’s world. Many people are too quick to make assumptions about cultures vastly different from their own, and while Sattouf’s depictions aren’t particularly heartening, he provides a means for a better understanding of the generation in both France and the Middle East that has preceded the current generation.

I’m very eager for the second volume (L’Arabe du Futur 2) to be published in America. If it’s not translated into English soon, I just might enroll in some French classes…