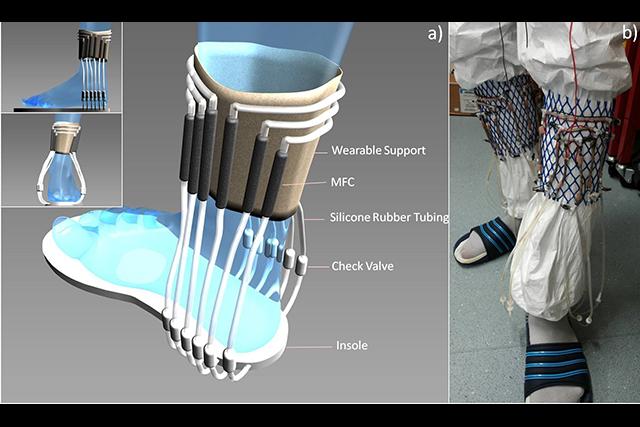 I’m a big Dune fan and something that always fascinated me was the idea of Stillsuits—outfits that could take urine and sweat and recycle them into drinkable water. Although this might seem like something only practical for desert or space travel, I feel the day will come when ordinary people will need them due to polluted water. Well, it looks like Dune days grow closer with this wireless transmitter spotted on Engadget. Footsteps pump urine through silicon tubes leading to microbial fuel cells (MFCs), which create electricity. Then the voltage runs through a PIC microcontroller resulting in a transmission from an RF Transceiver to a PC. This was just a small proof of success for Ionnis Ieropoulos and his team at Bristol Robotics Laboratory in the UK.

It’s not a lot of power, but was enough in lab trials to wirelessly transmit the phrase “World’s First Wearable MFC” every two minutes.

Looking at the diagram of this system reminds me of NASA’s water cooled lining suits which also use networks of silicon tubes. Apparently the inspiration for this urine energy harvester is actually the circulatory system of fish. Further, MFC cells aren’t really new, but the idea of using a self sufficient pump rather than an automated one is. Of course there is talk of using this device in space, as well as other medical uses. Thinking back to the NASA suit, I wonder if it would be possible to have an entire outfit geared to urine power by including other motion areas like knees, elbows and back. Also, could the two ideas of energy harvesting and cooling be combined?  I suspect the energy harvested would not be enough to cool, but it may reduce the amount of overall energy required by the current suits. It still makes MFCs an interesting subject and the team at Bristol has other uses for urine power that you can check out in this video.

You can find the details for the team’s wireless transmitter project at Bioinspiration & Biomimetics. While scientists and engineers continue to make progress on urine energy harvesting, you might want to learn a bit more about pumps. We’ve got a Peristaltic Liquid Pump here in the shop, which means it has a motor which squeezes the tube to move the liquid. That means the liquid never touches the pump, helping to keep things sterile. Now you know why pumps in the medical industry are so critical! It’s all about the education here. 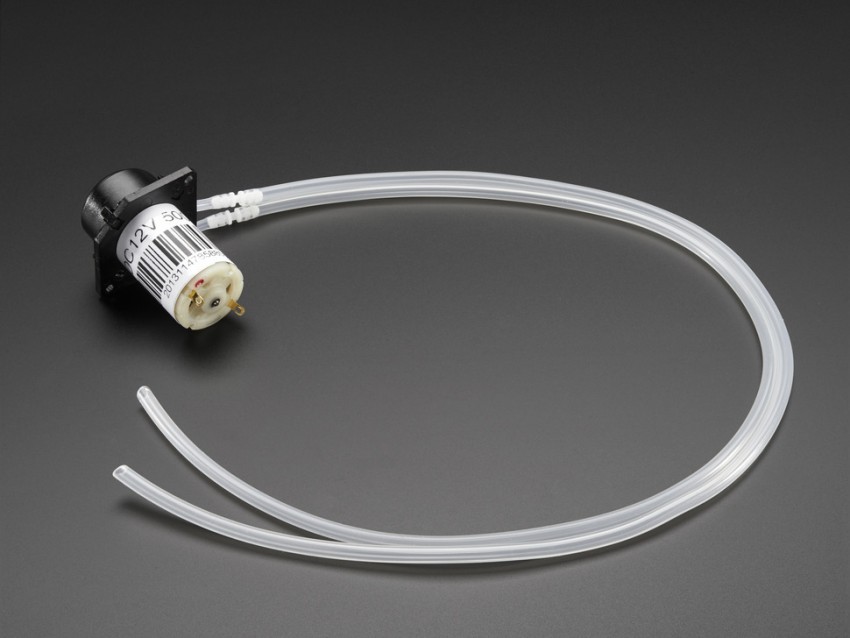