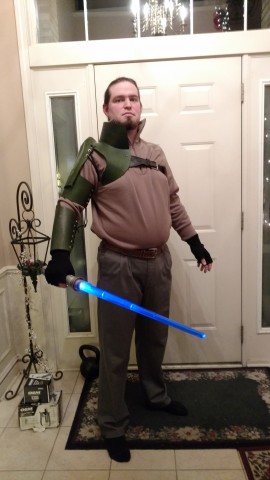 Plenty of fans are dressing up tonight for the release of Star Wars: The Force Awakens. They’re costuming as characters from the new film but also the original and prequel trilogies, as well as the animated series. Redditor TorsteinTheRed decided to cosplay as Kanan Jarrus from Star Wars Rebels. He combined everyday pants and a top with leather armor components. It’s an example of a resourceful way to blend homemade and found elements. He said:

The armor is armor-grade leather, based partially on this guys templates. The pants I found at goodwill, the shirt at a military surplus store. The reason I went with leather is because I had a bunch sitting around from Viking projects, and it’s easy to work with. I just kinda had a go at it, so not sure about any tips I can offer, this is the first armor I’ve made. 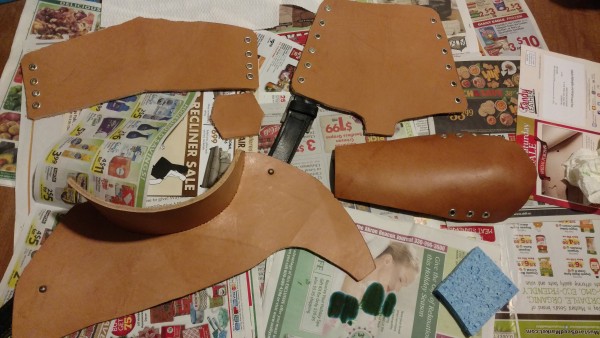 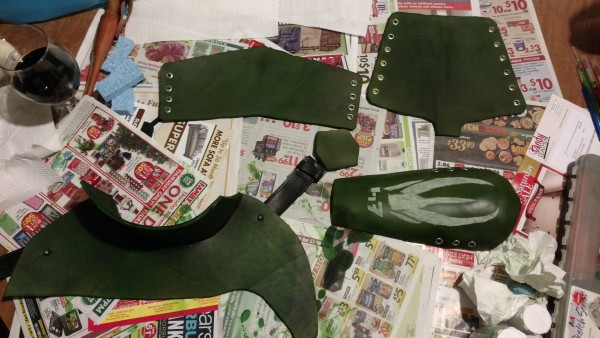