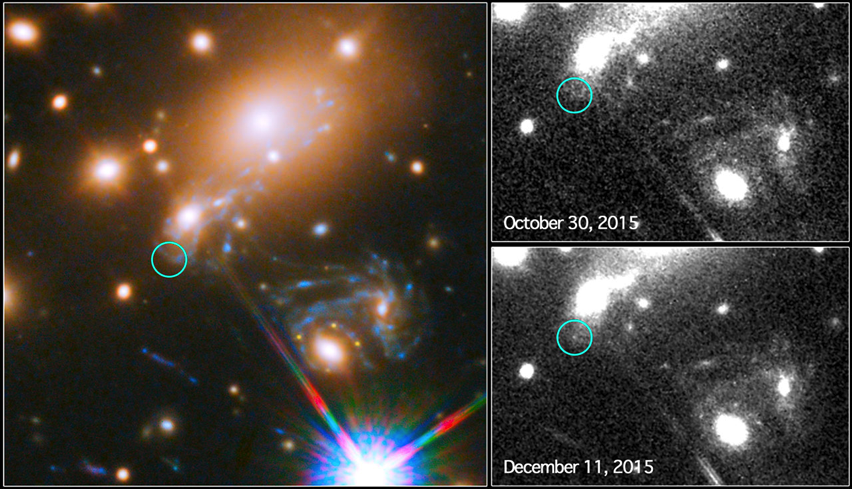 So incredible! From Hubble Space Telescope via Gizmodo:

Many stars end their lives with a with a bang, but only a few of these stellar explosions have been caught in the act. When they are, spotting them successfully has been down to pure luck — until now. On 11 December 2015 astronomers not only imaged a supernova in action, but saw it when and where they had predicted it would be.

The supernova, nicknamed Refsdal [1], has been spotted in the galaxy cluster MACS J1149.5+2223. While the light from the cluster has taken about five billion years to reach us, the supernova itself exploded much earlier, nearly 10 billion years ago [2].

Comments Off on Hubble Captured the First Predicted Supernova #Space