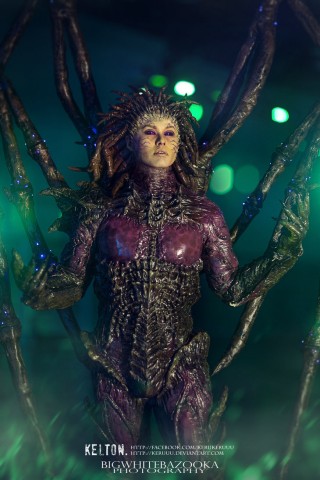 When StarCraft’s Sarah Kerrigan is infested by the Zerg Swarm, she becomes the Queen of Blades. Kelton, a cosplayer and makeup artist, put his own spin on the oufit and became the King of Blades. He spent five months crafting the cosplay — it involves makeup, prosthetics, and articulating wings. He made the costume for Blizzcon 2015 and ended up placing fourth in the contest.

The costume in broad strokes:

It features a sculpted polyfoam latex suit and dreads, silicone forehead appliance with friendly plastic spikes, fabricated wings on a fiberglass plate with articulating wings. The suit also has EL wire weaved into it and the wings have LEDs.

The build album shows the intensive labor that went into making the costume. It took a wide range of techniques including molding, sculpting, and puppetry. This was the first time Kelton scrulpted a full body suit for himself. He sculpted the suit onto a mannequin, one side at a time, and molded each side in fiberglass. 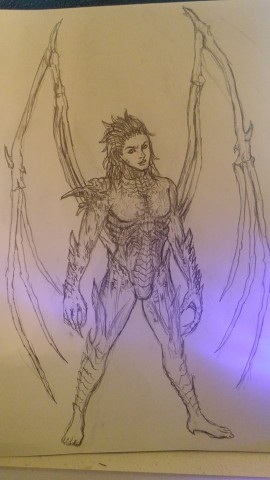