Mainstreet Electrical Parade Dress made with over 500 NeoPixels #WearableWednesday 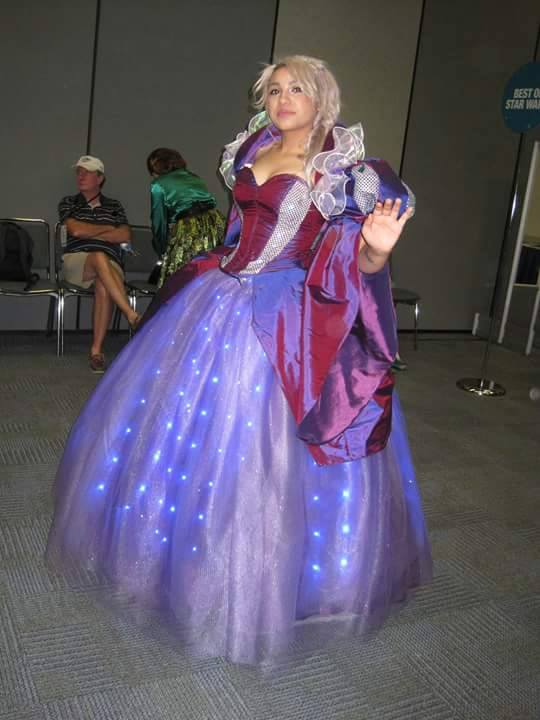 Thanks to Fawn for sharing her amazing project with us! Check out more photos and videos of the dress, as well as other cosplay projects on her Facebook page here.

Based off Bob Jani and project director, Ron Miziker’s 1972 “Disneyland’s Main Street Electrical Parade”, this original design invokes your childhood imagination through the magic of sight and sound. With over 500 RGB LEDs that are individually sequenced, this design attempts to bring the magic spectacular back into the light.

Each LED is timed and programmed to blink, chase, change, and dance along with the parade’s memorable synthesized theme song through a portable speaker hidden within the hoop-skirt. All powered by about 3 large ampere 5 volt rechargeable batteries, the “Mainstreet” acts as it’s own parade, frilled with purples to replicate the dusk-time sky, and fabricated with multiple layers of iridescent organzas, glittering tulle, light silk and taffeta that flows and bounces throughout the night. There is over 50 yards of tulle, 10 yards of dupioni silk, 6 yards of taffeta, and a whole lot of glitter!!

I was the designer, seamstress, engineer, and programmer for this costume. It took over a year of planning and I constructed it within about 4 months. This was the first time I had ever used LEDs. It was the first time I learned how to solder as well as use the Arduino and code it. People kept telling me it was impossible because I have never soldered before and couldn’t grasp battery math, but anything is possible with some faith, trust, and pixie dust!~

I would like to say a huge THANK YOU to the people that believed in me during this construction. I didn’t have the money to purchase the lights and some supplies for this garment. There were times where I would go dumpster diving for hours after work and classes just to trade recyclables in for money. I later had amazing people who donated to me, both money and recyclables because they believed so much in me. To those people, I am forever in your debt!

Read more and see videos of the dress in action here. 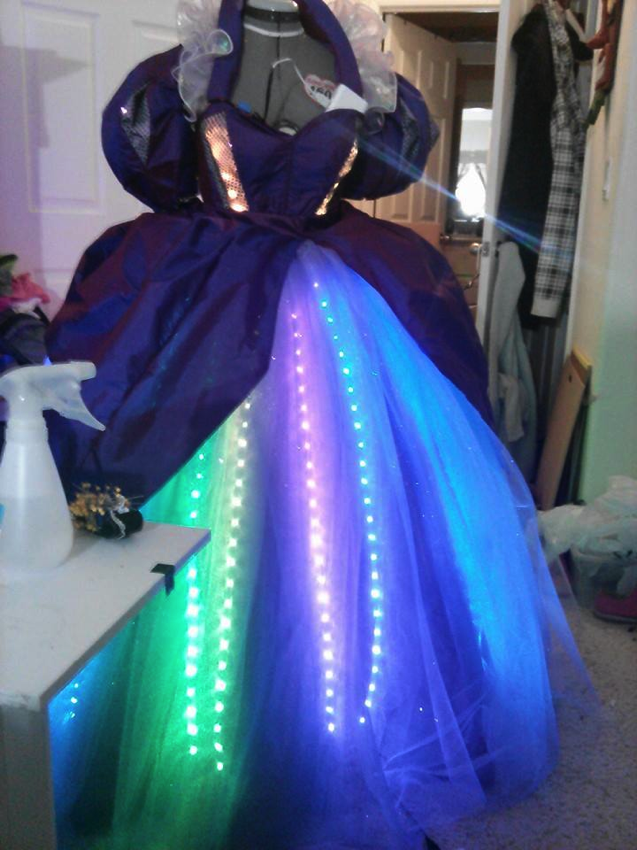