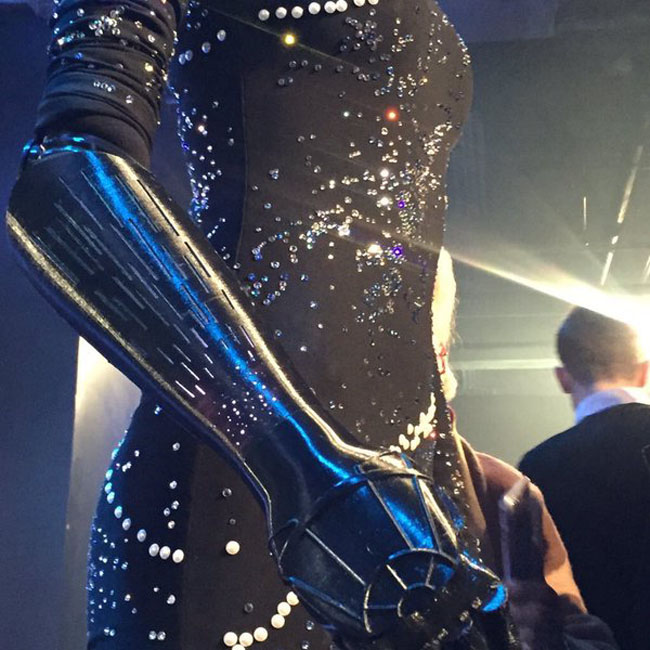 I just can’t get enough of the Star Wars action, and this 3D printed arm found on Forbes Tech is just another example. Created by the team at Open Bionics, it debuted at the Fashion Finds the Force show in the UK, which challenged designers to create movie inspired fashion as a splash for the release. If you look at the base near the hand, you can see the Millennium Falcon detail, which goes so nicely with the jumpsuit, created by fashion designer Claire Barrow. She used 10,000 Swarovski crystals along with some NeoPixels, and the bionic arm follows suit with it’s own programmable NeoPixels. Check out the hyperspace theme in the video.

Although Open Bionics has been launching many movie inspired prosthetic, they claim good functionality. This Star Wars version is quite versatile, according to CEO, Joel Gibbard.

The hand has individual finger movements—you can point and pinch and move each one independently from each other to make different grip patterns. As Grace Mandeville [who modeled the arm] doesn’t have a forearm, we placed myoelectric sensors on her deltoid muscles on her shoulders to control it.

This arm joins the ranks of their Iron Man, Queen Elsa Frozen Snowflake and Star Wars Lightsaber versions. Although many of these are aimed at youth, adults are going to be looking for their own blinged out variety. The same model, Grace Mandeville, was recently seen with another 3D printed classic gold/white motif.  It’s not just about variety, but about making people comfortable, according to Grace. 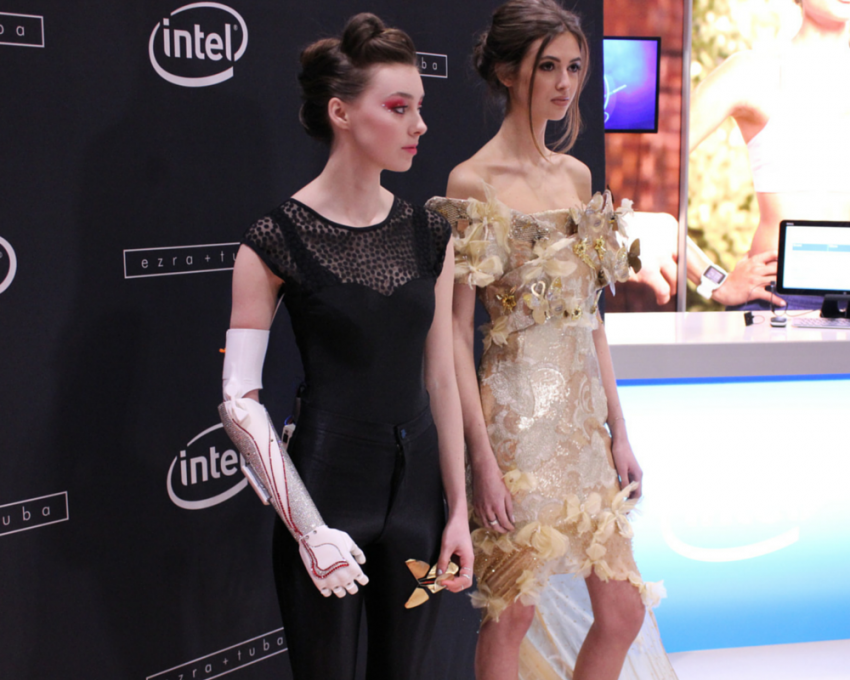 This is my favourite thing about this whole topic. I really love fashion, and therefore dress to illustrate my personality, so being able to wear a creative prosthetic that shows who I am seems awesome—it’s like a one off accessory that nobody else can wear, basically like vintage Chanel.

You should be proud of what makes you different, and I think being able to wear a fun looking prosthetic is something to be proud of! You’re basically saying to the public “my arm’s cool and I know”.

If you want to be part of the superhero theme, you might want to take a look at our Power Plant Iron Man tutorial. It’s got that Arc Reactor look and you’ll learn all about lasercutting and NeoPixels. It’s fun to make and it’s great for that upcoming New Year’s party. Show everyone your edge and be sure to do a selfie to share with us.