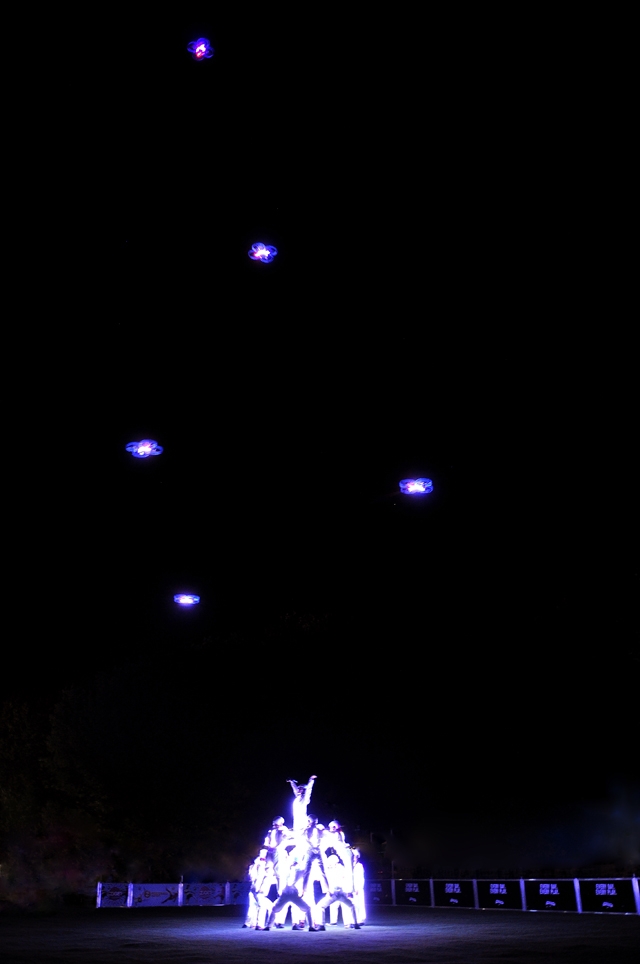 A swarm of semi-autonomous drones feature in this multimedia dance where they’re paired with a group of humans, reacting to the movements of the lead dancer. The piece, Dancing with Drones, with music by Zagar, premiered at the Sziget Festival held in Budapest, Hungary earlier this year.

It is by Collmot Robotics whose artistic director is Nina Kov, a choreographer and dancer, and CEO is Gábor Vásárhely, a drone expert. The drones are self-organizing, use GPS to navigate, communicate directly with one another using radio, and flock in a manner similar to birds. They were developed by physics professor Tamás Vicsek and his team at the department of biological physics at Eötvös University, Budapest where they demonstrated the world’s first autonomous outdoor flock back in 2014.