Holiday Mail Call! A History of the Package’s Path to You 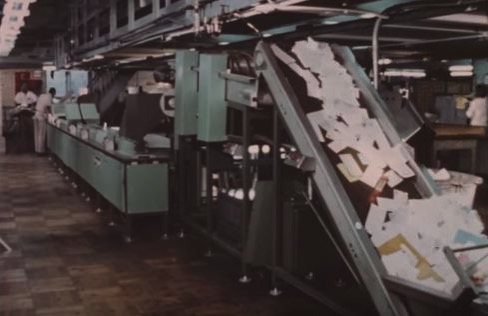 Check out this timely piece from The National Archive’s The Unwritten Record blog about the history of mail processing automation.

Before 1971, the USPS was known as the Post Office Department (POD). Some advances in the automation of mail processing were achieved in the 1950s and 1960s, but they were not enough to keep up with ever-increasing amounts of mail. In 1966, the Chicago Post Office found itself with such a large backlog of mail that it had to be shut down. Mail was routed through other post offices, causing a widespread disruption in service. On July 5, 1966, Congress passed Public Law 89-492, an act establishing the Bureau of Research and Engineering within the USPS. As seen in the following film from 1970, the Bureau carried out research and development activities aimed at innovating ways to automate some of the more repetitive and time-consuming aspects of postal work.

Comments Off on Holiday Mail Call! A History of the Package’s Path to You