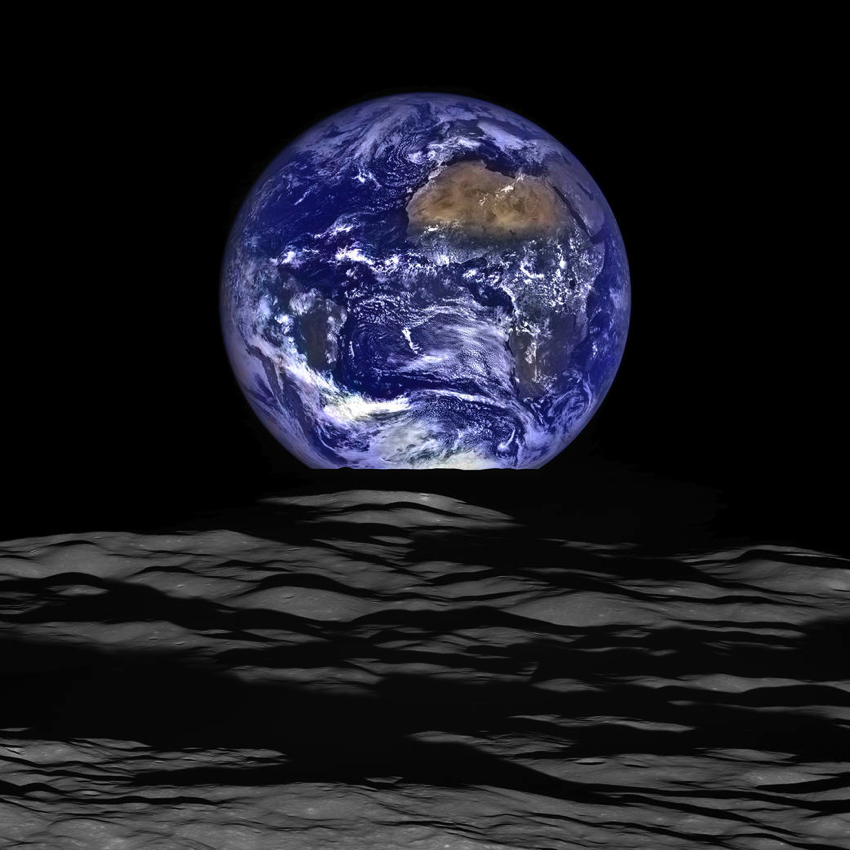 NASA’s Lunar Reconnaissance Orbiter (LRO) recently captured a unique view of Earth from the spacecraft’s vantage point in orbit around the moon.

“The image is simply stunning,” said Noah Petro, Deputy Project Scientist for LRO at NASA’s Goddard Space Flight Center in Greenbelt, Maryland. “The image of the Earth evokes the famous ‘Blue Marble‘ image taken by Astronaut Harrison Schmitt during Apollo 17, 43 years ago, which also showed Africa prominently in the picture.”

In this composite image we see Earth appear to rise over the lunar horizon from the viewpoint of the spacecraft, with the center of the Earth just off the coast of Liberia (at 4.04 degrees North, 12.44 degrees West). The large tan area in the upper right is the Sahara Desert, and just beyond is Saudi Arabia. The Atlantic and Pacific coasts of South America are visible to the left. On the moon, we get a glimpse of the crater Compton, which is located just beyond the eastern limb of the moon, on the lunar farside.