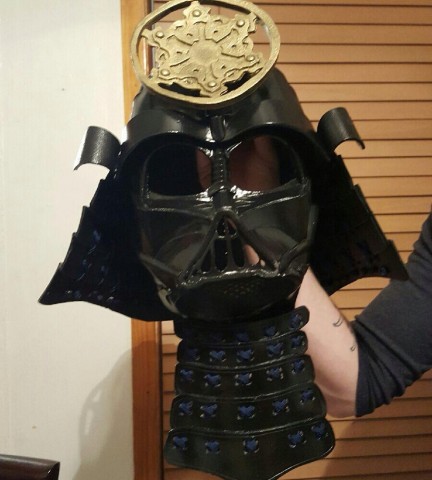 It’s been almost two weeks since I saw The Force Awakens for the first time, but I still have Star Wars fever. I won’t make every costume post this week about the galaxy far, far away, but there will be a few galactic entries. I hope some of you, at least, are feeling the same way as me. A relatively new build on the Replica Prop Forum (RPF) caught my eye over the weekend. MadBlake is making a Samurai Darth Vader costume for his fiance. He’s already made a Ronin Boba Fett helmet but wanted to take a break from that project to tackle the more difficult Vader costume. He used the toys made by Bandai as reference and though he’s only been working on the project for a month, he’s finished the Vader helmet.

He started with foam:

Now that I have set up my goals and know what my expectations are, I was a little worried heading into this project. At first I was thinking that I would have to buy a Darth Vader helmet and pretty much build around that, but of course I wanted to do it the hard way and scratch build everything. I wasn’t sure if I could produce it out of foam, I was having very big doubts about it. I haven’t seen to many people try to execute Vader with foam. Trying to find templates was near next to impossible, and I almost gave up hope at one point I wasn’t going to do worbla cause that would be too expensive, probably could just buy a helmet on etsy for the price of the worbla alone, and I’m not a fan of Pep. So I just went with what I know best and that is foam (crossed my fingers the whole time).

It started taking shape, but at first? The helmet looked like a rectangular box. Every project goes through an ugly phase, but if you stick with it, you get a Samurai Darth Vader helmet — or whatever you’re trying to make. Blake added filler, sanded it, and whipped the helmet into a more recognizable form. You can check out some in progress pictures below. 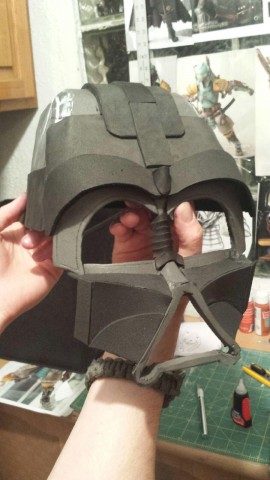 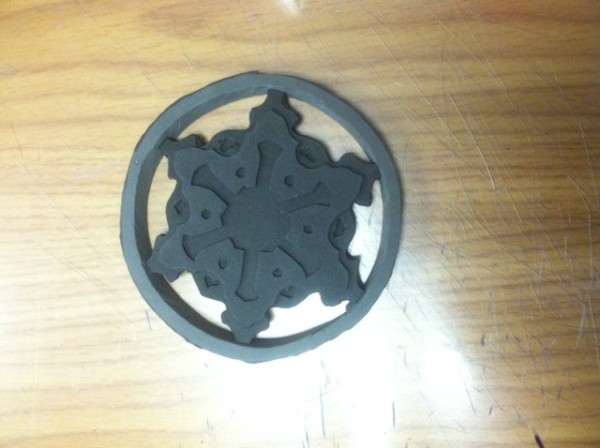 See more pics and keep tabs on the build at The RPF.